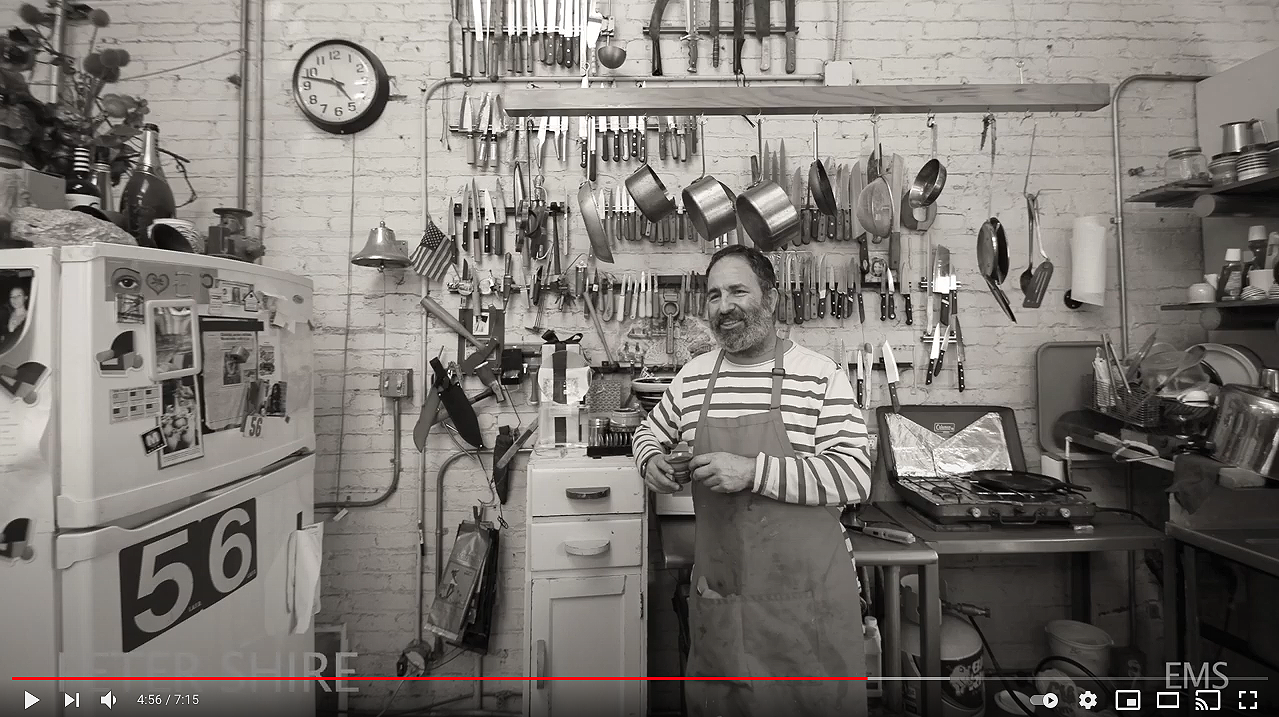 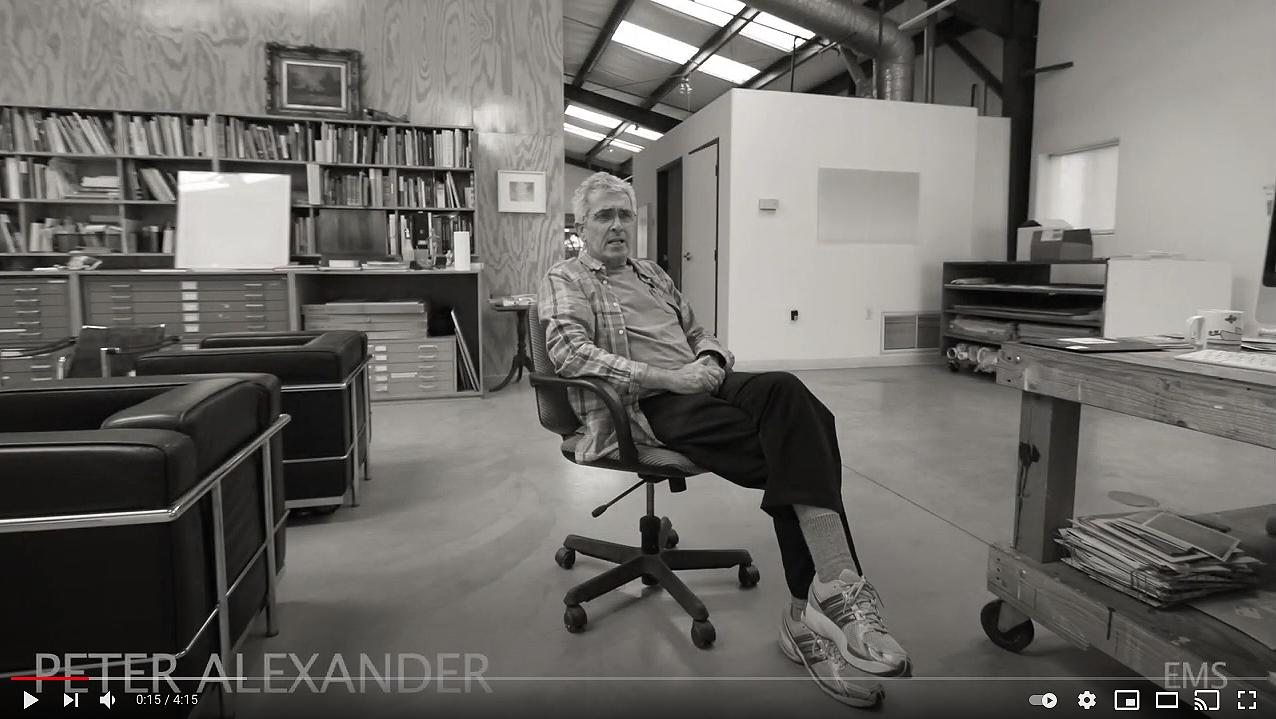 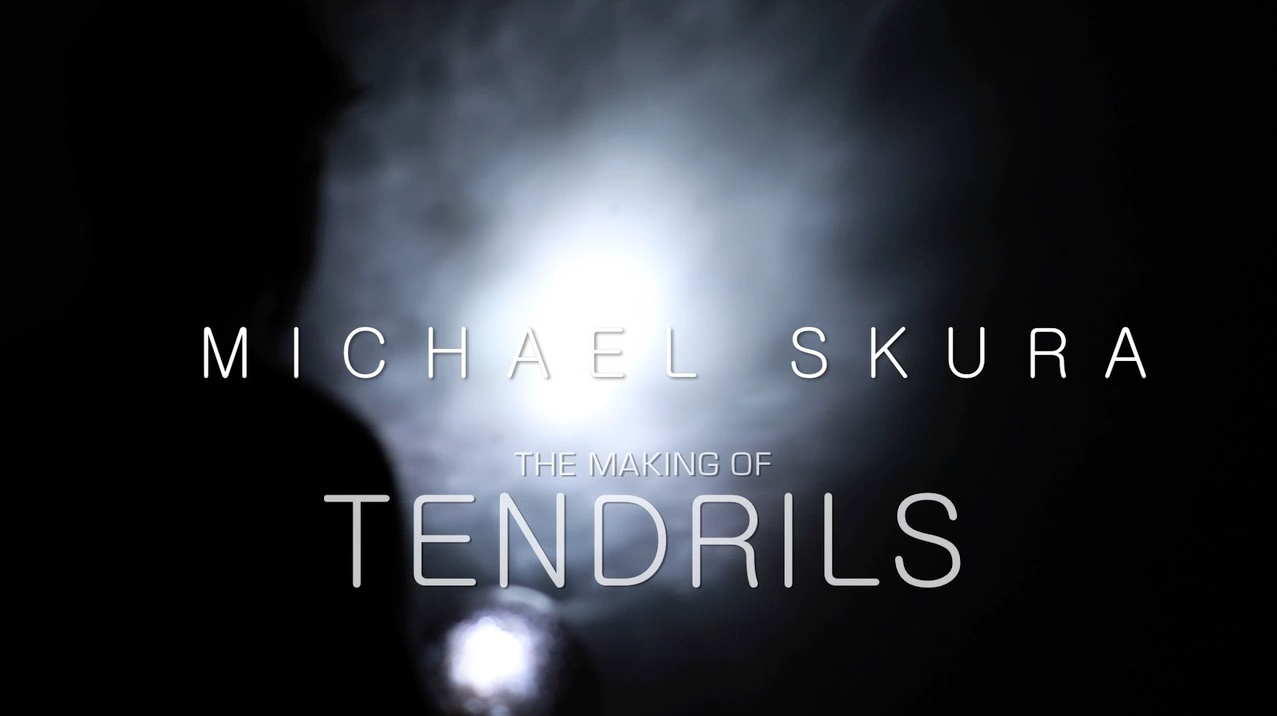 A film by Eric Minh Swenson. (Film number one-thousand two-hundred and thirty in the series.) Tendrils, the Solo Exhibition at Riverside Art Museum by Michael Skura represents his newest work in 2019. The installation includes over 1,000 pieces of hand blown glass, over 20 video projectors, metal casting, cast glass, neon plasma, sound, and interactive projection mapping technologies. Skura’s newest exhibit explores materials and technologies with minds of their own and celebrates conventional defects as opportunities for the expression of the essence of the materials. Working primarily with blown glass and video projection, Skura is most interested in “coaching” glass to assert itself through distortions, bubbles, debris, stress marks, and chemical reactions. Lighting phenomena and interactive technology are integral to Skura’s work. In many cases, the light itself becomes the central artwork in its own right. His installations combine moments of “simple magic,” such as headlights reflecting off bent chrome car bumpers, with more sophisticated effects generated using motion sensors, 3D video mapping, and directionally reflective surfaces. Filling more than 2,000 square feet at the Riverside Art Museum in Riverside, California with original work, Skura has partnered with Epson®, Lumo Play and RabCup Corp to create a unique and other worldly experience. 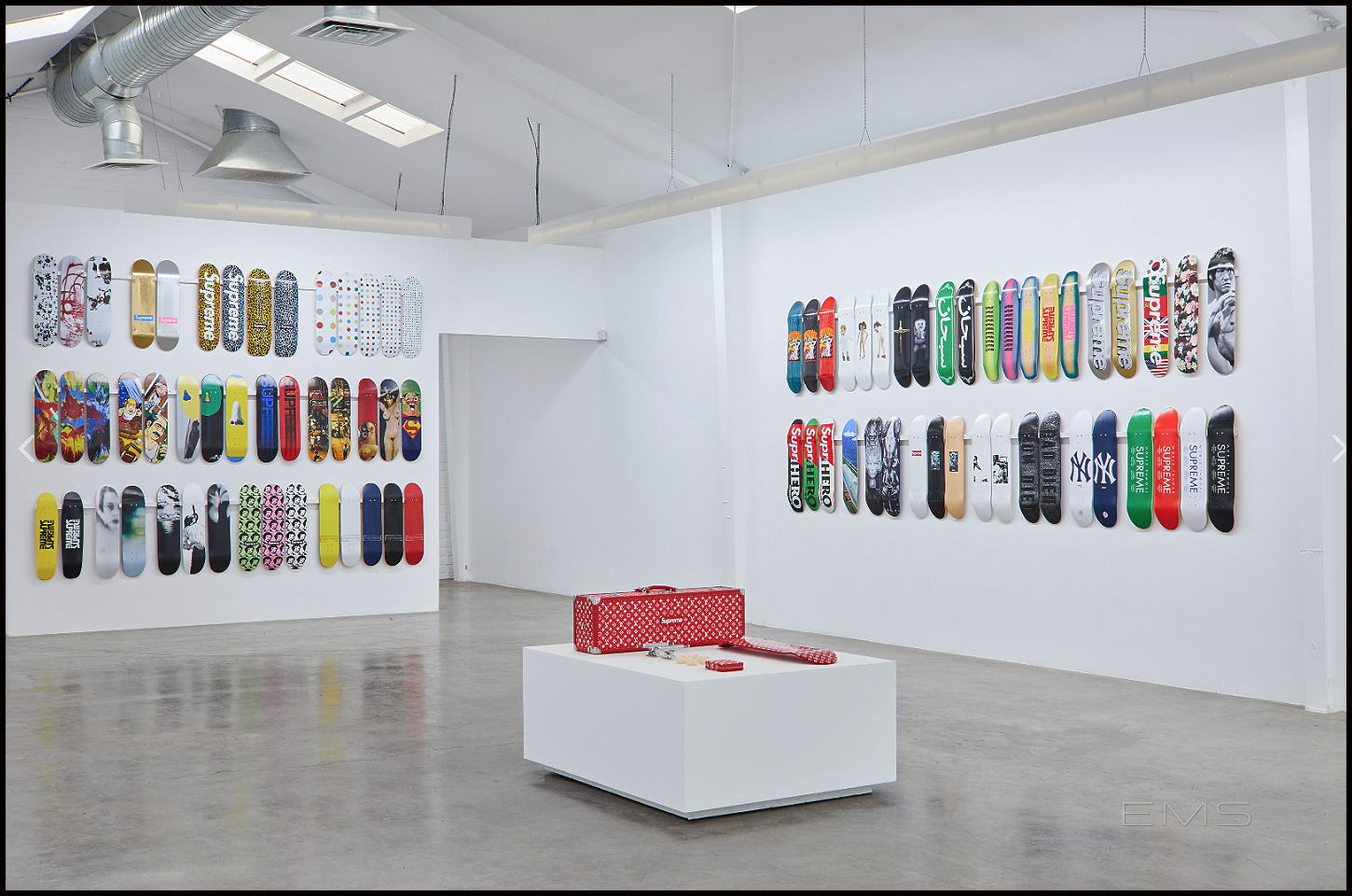 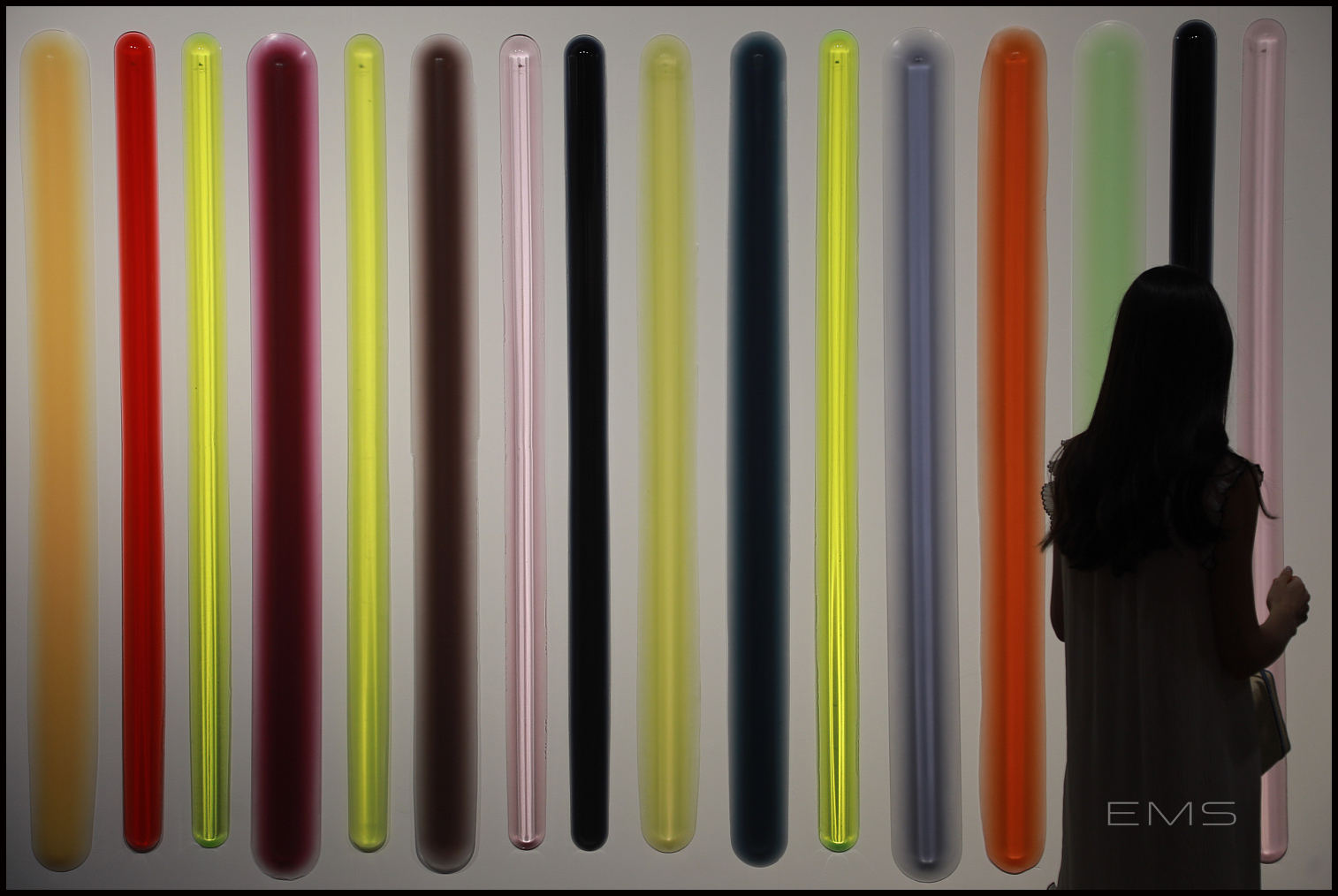 EMS Celebrates His 1000th film on the Arts with Film on Muralist Kent Twitchell : Film

EMS Art Film Series is proud to announce its newest film- Guardians… on the occasion of his 1000th film release!

A powerful documentary-Guardians, features murals created by Kent Twitchell, “The Godfather of Street Art.” Guardians is the first of a four-part film documentary series and will focus on five L. A. murals from Twitchell’s extensive oeuvre: 6 LA Artists, The Ed Ruscha Monument, Gary Lloyd Monument, and The Altar Piece, (The Lita Albuquerque Monument, and The Jim Morphesis Monument.)

Twitchell has been painting enormous portraits on walls in American cities (he refers to them as “his giants”) for nearly fifty years. Twitchell’s work is meticulous– it belongs in a museum yet is freely offered– a gift to the community. In ART Lά-bas, Lita Barrie writes, “Twitchell’s magnanimous monumental portraits are a major contribution to L.A. because they allow the general public to ponder and muse on the enticing beauty of classical art values seen outside museum walls.”

Sadly, only three of the five monuments featured in this film still enrich the landscape of Los Angeles, while two of them are gone; painted over carelessly or vindictively, Los Angeles grieves for the loss. These giant guardians that remain give comfort to Angelinos as they seem to look down as watchers and protectors guarding the community where they reside.

Guardians, is a directed by Eric Minh Swenson and Produced by Alice Emmons and AC Projects.

SHOW Gallery exhibited “Charcoal Collection” by Corran Brownlee at their new contemporary art space in Hollywood from March 1st to April 6th, 2018. As the artist in residence for the month of March, Corran worked on a new body of work in the mezzanine studio at SHOW Gallery while his 15 original charcoal drawings were on display in the main exhibition space.

During Corran’s residency he was also experimenting with the creative tools available on the PicsArt app, which now has over 100 million monthly active users. Corran did a 24 hourCharcoal Collection by Corran Brownlee editing challenge with PicsArt’s global community to remix his original “Mermaid” drawing. There were over one thousand submissions that can be viewed here: https://picsart.com/challenge/ircmysticalmermaid. The remix video of Corran’s top picks was shown as a video installation at the Gallery during the exhibition.

Each piece in Charcoal Collection is a scene from an untold story. The narrative is hinted at, but never revealed. The artist draws the viewer into a still and silent world, devoid of colour, where their imagination is given free rein. The viewer becomes the storyteller. And like any good story, these ghostly, romantic images linger in the mind.

Much of the scene remains hidden beneath a heavy layer of charcoal, inviting the viewer to look for answers in the shadows. The subjects themselves are lifted out of the darkness, as if projected from a dream. Often turned away from the viewer, they exist in their own world, unaware of our scrutiny.

Where are they going? Who, or what, are they waiting for? The questions hang in the air, waiting for us to provide the answers.

For twenty years Corran Brownlee has used his craft to realize the vision of other filmmakers and storytellers from fight sequence storyboards for Jackie Chan to concept images for James Bond opening titles. This collection allows us to journey into his own world.
Instagram: @corran_brownlee

Show Gallery is an art gallery and artist residency showcasing LA-based and international contemporary artists located in the heart of Hollywood.