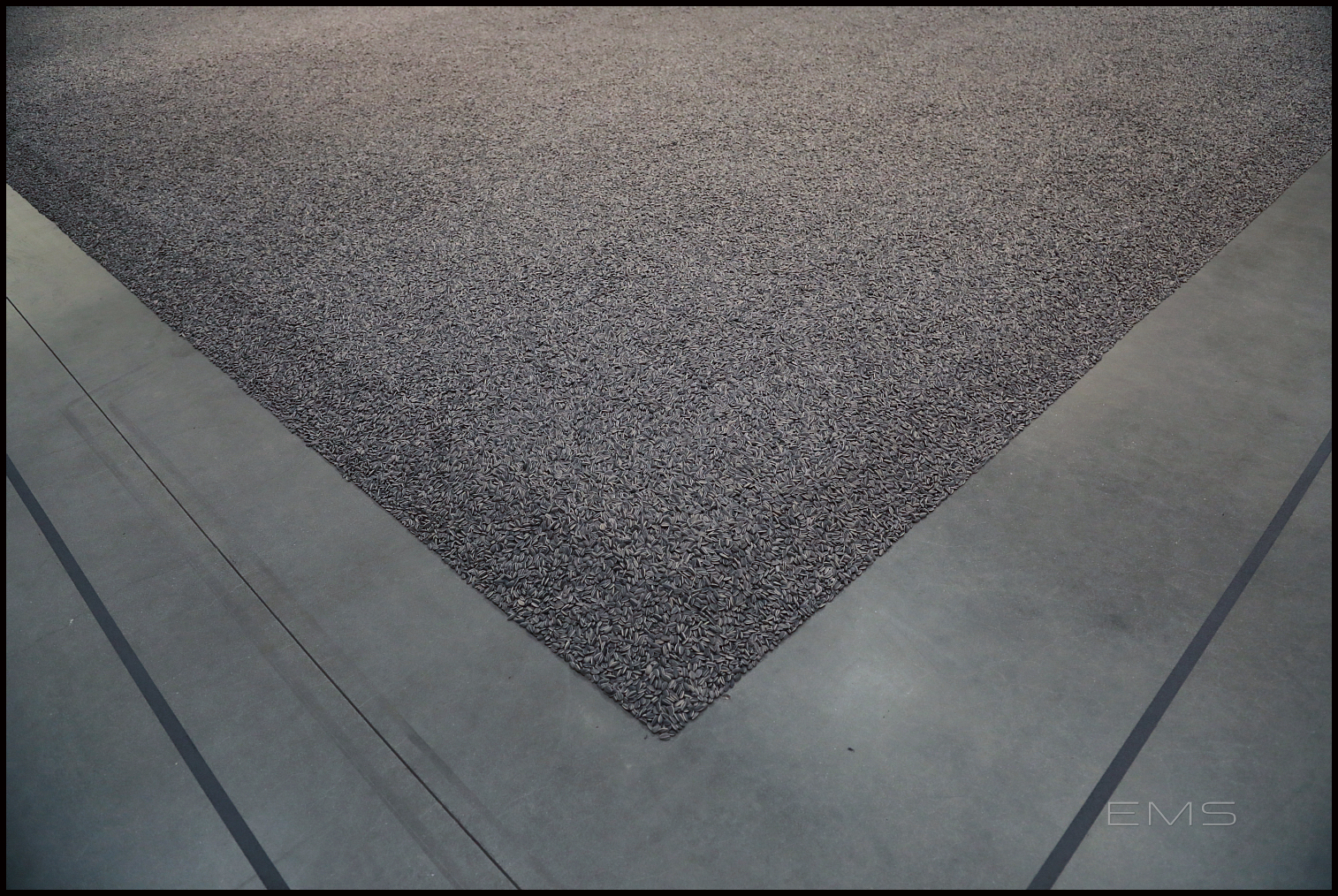 (from Marciano gallery) September 28, 2018 – March 3, 2019Marciano Art Foundation is pleased to announce the third MAF Project in the Theater Gallery, a solo exhibition of Chinese artist Ai Weiwei, on view from September 28, 2018 — March 3, 2019. This exhibition is Ai’s first major institutional exhibition in Los Angeles and will feature the new and unseen work Life Cycle (2018) – a sculptural response to the global refugee crisis. The exhibition will also present iconic installations Sunflower Seeds (2010) and Spouts (2015) within the Foundation’s Theater Gallery.

On view for the first time in the Black Box, Life Cycle (2018) references the artist’s 2017 monumental sculpture Law of the Journey, Ai’s response to the global refugee crisis, which used inflatable, black PVC rubber to depict the makeshift boats used to reach Europe. In this new iteration, Life Cycle depicts an inflatable boat through the technique used in traditional Chinese kite-making, exchanging the PVC rubber for bamboo.

Suspended around the boat installation are figures crafted from bamboo and silk. In 2015, Ai began creating these figures based on mythic creatures from the Shanhaijing, or Classic of Mountains and Seas. The classic Chinese text compiles mythic geography and myth; versions of the Shanhaijing have existed since the 4th century B.C. These works are crafted in Weifang, a Chinese city in Shandong province with a tradition of kite-making dating back to the Ming dynasty (1368–1644).

Windows (2015), which hangs along the perimeter of the Black Box, draws from Chinese mythology, the tales and illustrations of the Shanhaijing, the history of 20th-century art, and the life and works of the artist. The vignettes feature a dense mix of biographical, mythological, and art historical references to craft a contemporary story. Similar to chapters in a book, or acts in a play, the various scenes include the mythological creatures of the Shanhaijing alongside bamboo versions of Ai’s earlier works, such as Template and Bang, and homages to Marcel Duchamp and Jasper Johns. A central theme running through the ten vignettes is freedom of speech and Ai’s efforts in defending it. Motifs recurring in Ai’s practice—the bicycle, the alpaca, symbols of state surveillance and control—are repeated and multiplied.

This multifaceted installation is a continuation of Ai’s ongoing engagement with politics and social justice. It follows the release of his feature-length documentary, Human Flow (2017), which depicts the refugee crisis on film. In the artist’s op-ed for the Guardian in February 2018, he writes, “I was a child refugee. I know how it feels to live in a camp, robbed of my humanity. Refugees must be seen as an essential part of our shared humanity.” 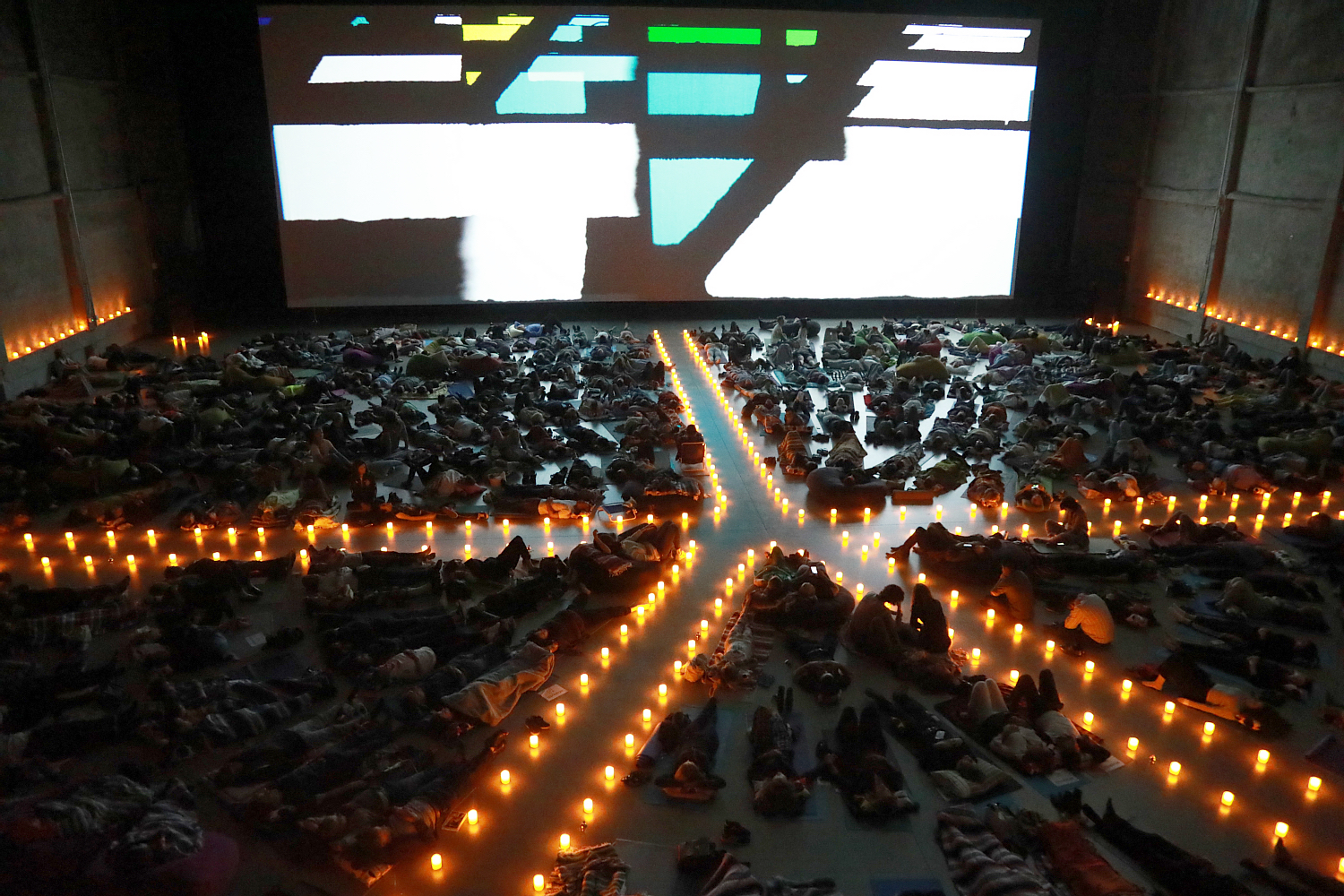 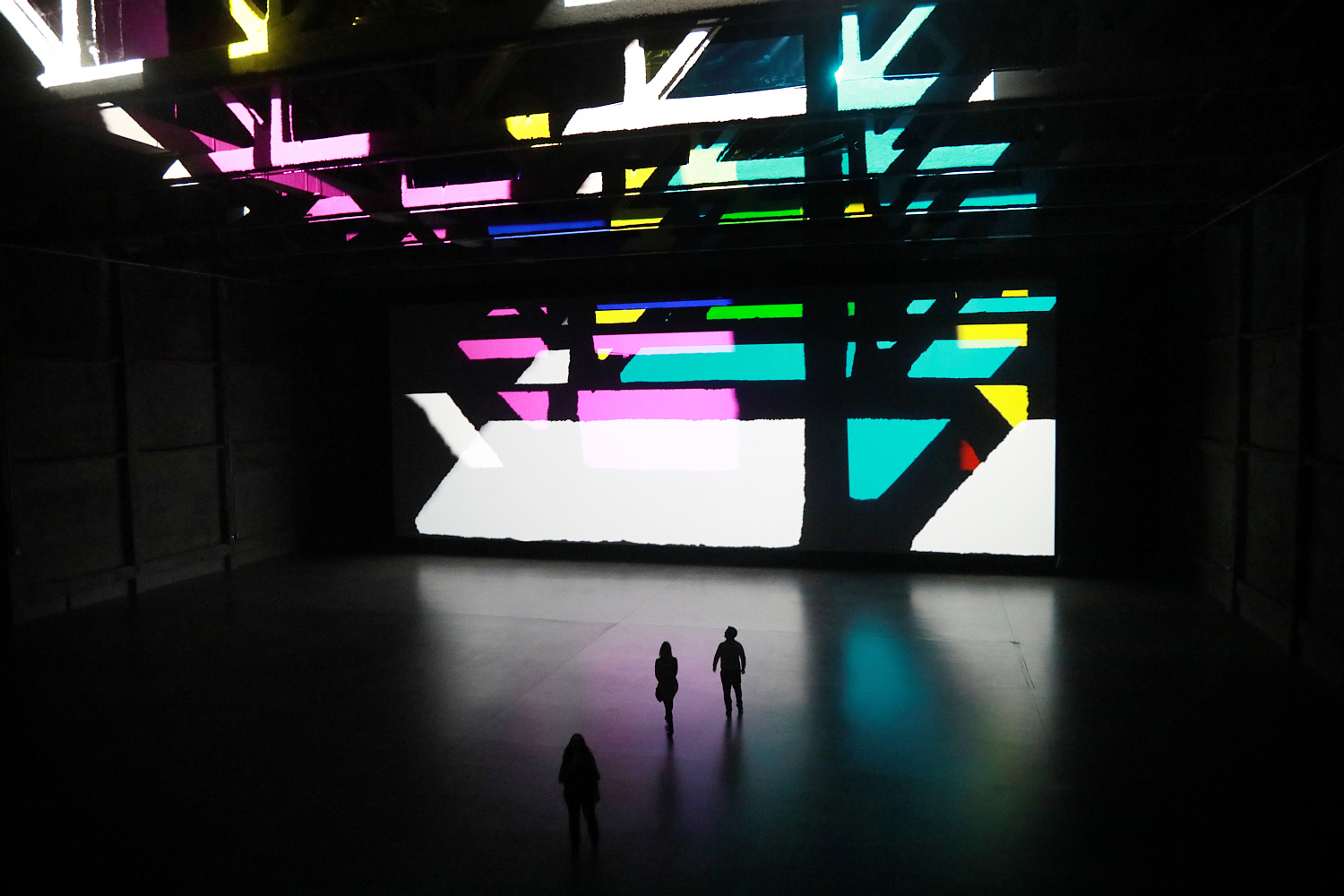