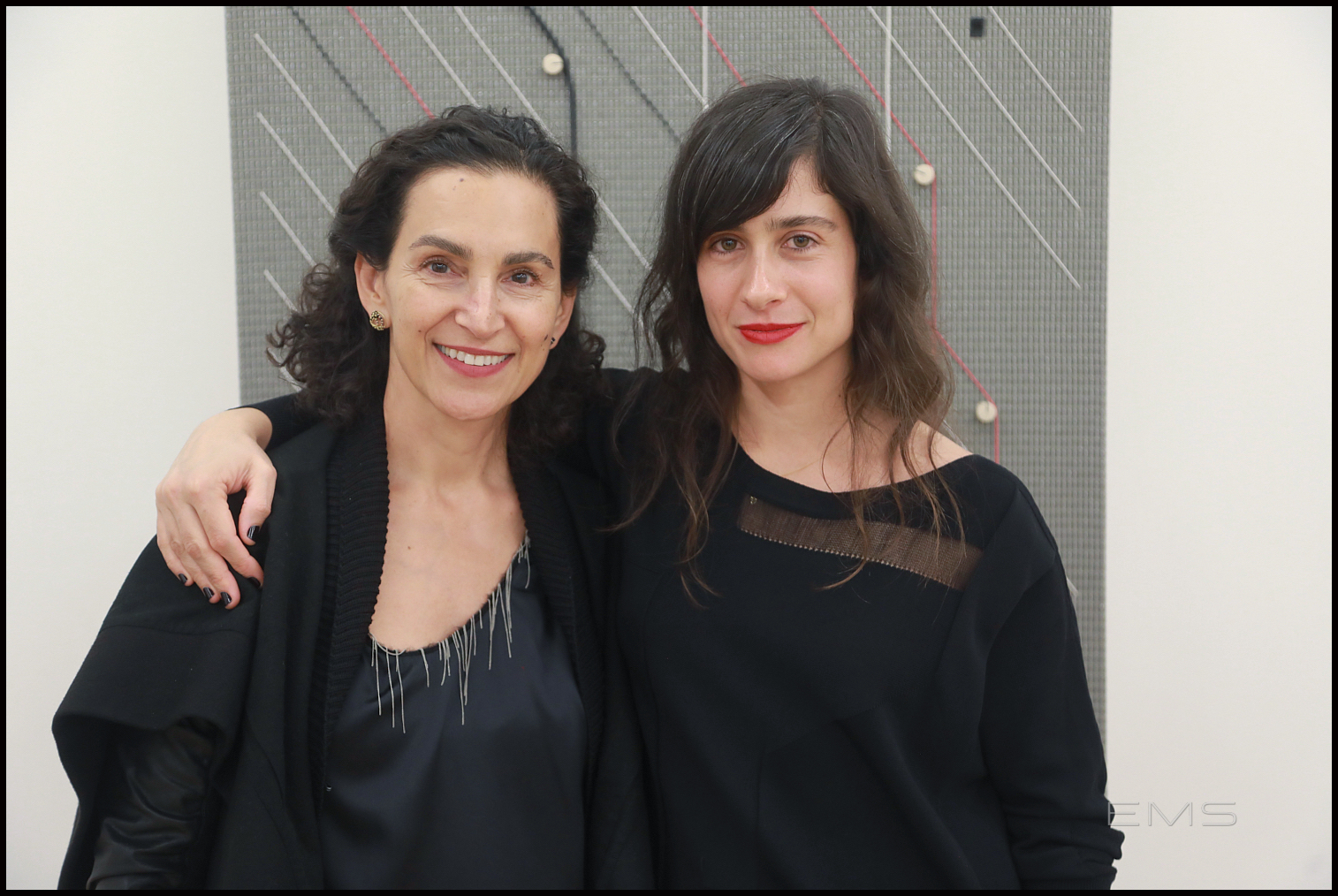 Shulamit Nazarian is pleased to present Inversions, and exhibition of new sculptures by Israeli-born, New York based artist Naama Tsabar. This will be the artist’s first solo exhibition in California.

Naama Tsabar has become known for her ambitious installations, performances, and sculptures that parse the boundaries of spaces that surround us—both physical and metaphorical—for which we normally have no access. Cutting into walls and treating hidden interiors as sculptural and musical spaces, Tsabar considers the venues themselves as structures of power, enabling a display of fantasy, sexuality, and bravado. Tsabar upends the implicit gender roles and coded behavior of music and its related subcultures.

The exhibition title, Inversions, refers to a new body of work that is installed directly into the existing architecture of the gallery. Utilizing the shallow space behind the gallery’s walls, Inversion #1 and Inversion #2 assumes an overlooked space as a site of importance or a platform for action. Fusing together elements from guitars, harps, banjos, and violins, Tsabar creates an inverted instrument that relies on the contortions and penetrations of participants’ bodies for its activation. Inversion #2 includes a singing chamber, with holes and voids in the architecture for the voices of performers to fill.

Amplifying the sounds made on the Inversion works, Tsabar will present new pieces from her ongoing Transition series. In this body of work, the artist exposes the wires, knobs, and connectors from pre-existing guitar amplifiers to function as the palate for what she refers to as “sculptural paintings that have the ability to output sound”. Unlike previous works within this series, Tsabar has replaced the canvas substrate with fabric grills of commercial amplifiers.

Also included in the exhibition are new variations from the artist’s ongoing Works on Felt series. At first viewing these wall sculptures made of felt, carbon fiber, epoxy, a guitar tuner and a single piano string exist as austere objects, artworks that nod to the sculptures of Robert Morris or to the shapes of Ellsworth Kelly. Once touched, Tsabar’s Works on Felt cross the threshold into instrument; the strumming of the piano string or the beating of the felt is amplified by a contact microphone and outputted by an amplifier.

Like many of the artist’s pieces, Works on Felt both subvert a power structure and simultaneously reveal the unseen. In this case, historic male minimalism – known for its anti-expressionistic authority – is imbued with the participant’s musical expression and physical body on the felt: a material that is usually used to damper and absorb sound. Whereas minimalist ethics abide to a ‘what-you-see-is-what-you-get’ notion of literalizing either the object in the room or the paint on the surface, Tsabar departs from that idea of ‘transparency’. Concealing the carbon fiber, the artist manipulates the felt material to uphold the tension of the piano wire, while still making the felt appear materially unaffected. The work’s ability to be played like an instrument further highlights the gallery space as an active structure rather than a neutral background.

Furthering her architectural interventions, a new work titled Dedicated, Shulamit Nazarian will take form as a collaboration between the artist and the gallery’s founder. Dedicated, Shulamit Nazarian is a diptych that exists as both an addition, and subtraction, within the gallery architecture. Tsabar has invited the gallery founder to give her a list comprised of female-identifying and gender-nonconforming artists that have been influential to her. Tsabar will then transcribe the list directly onto the gallery wall, after which will be cut out from the architecture, framed, and hung inside the gallery -leaving the remaining hole exposed throughout the exhibition. Through this work, Tsabar asks to expose the unseen structure around us, while reversing the gendered hierarchy; the artist evokes a chain of feminist dedications through the very platform of display and real estate.

Through her architectural interventions and the transformation of sculptures – or entire spaces – into instruments, Tsabar questions complicitness and performance within power structures. Suggesting new feminist solutions, Tsabar continues to consider the role of both intimacy and destruction as an antidote to oppressive, and often unseen forces.

On February 11 and 12, Naama Tsabar, along with Nicki Chen-Walters, Diana Diaz, FIELDED, Kristin Mueller, and Sarah Strauss performed on the sculptures in Inversions, in which every work in the show was activated simultaneously.

On February 13, 14, and 15, Naama Tsabar and Kristin Mueller performed (Untitled) Double Face six times over the course of three days on the backlot of Frieze Los Angeles at Paramount Pictures Studios, as part of Frieze Projects curated by Rita Gonzales and Pilar Tompkins.

Untitled (Double Face) is a sculpture comprised of two guitars that have been fused together to form a single instrument. Sharing a back, the chromed-plated form is conjoined in a way that requires a mutual negotiation between the two performers, moving in unison and in tension. 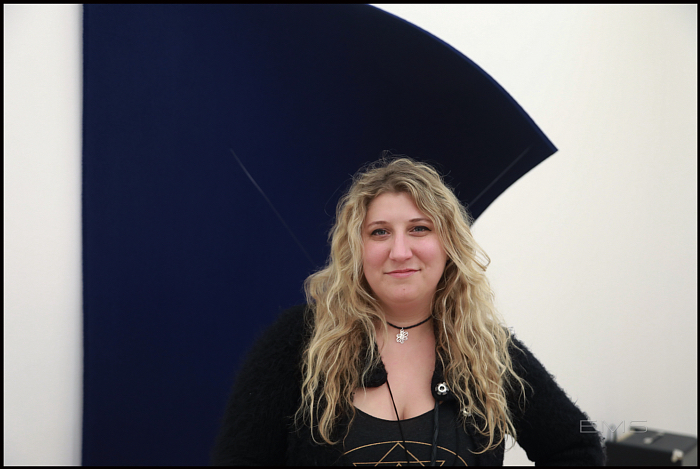 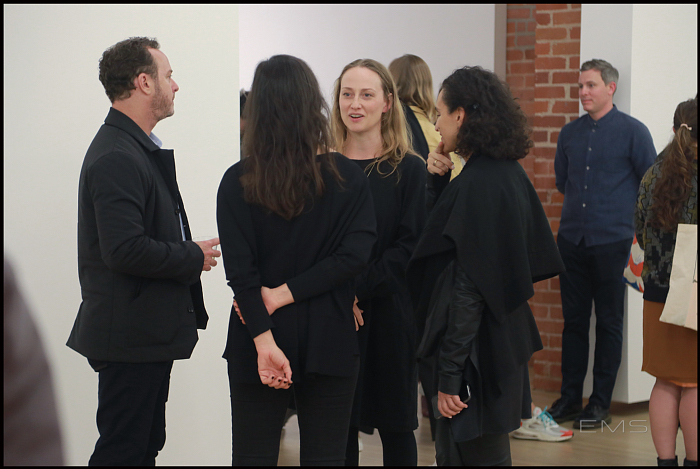 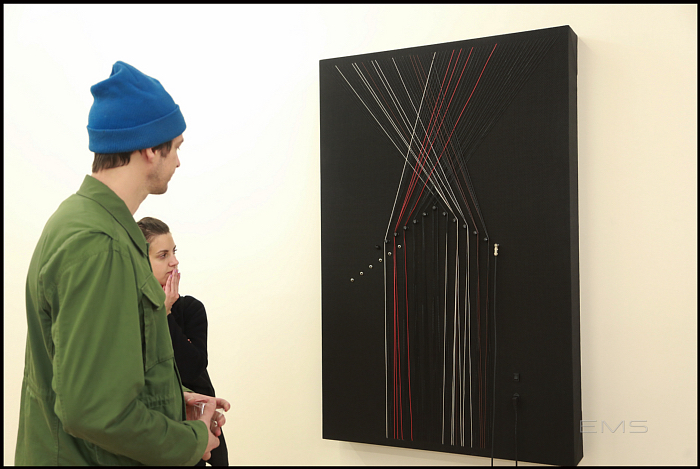 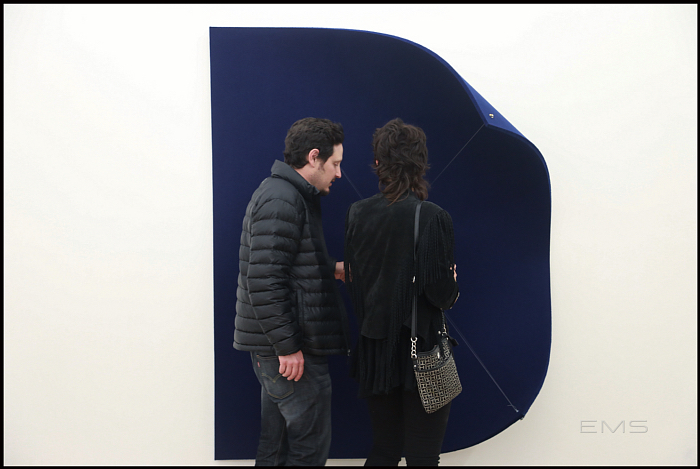 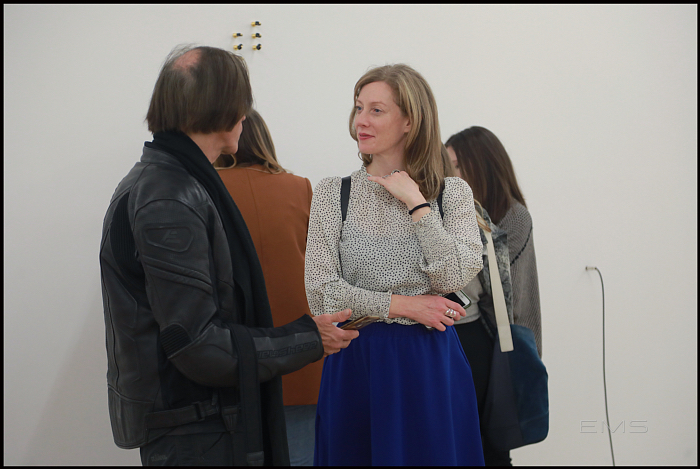 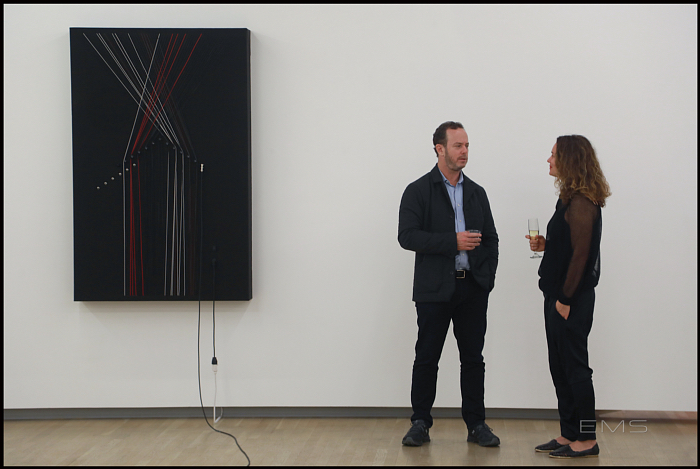 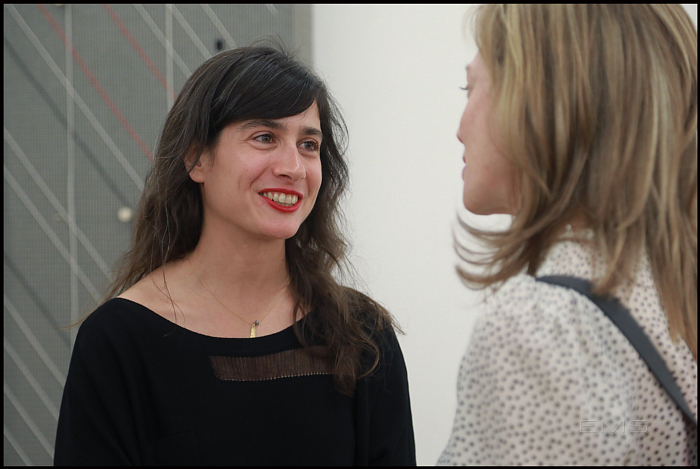 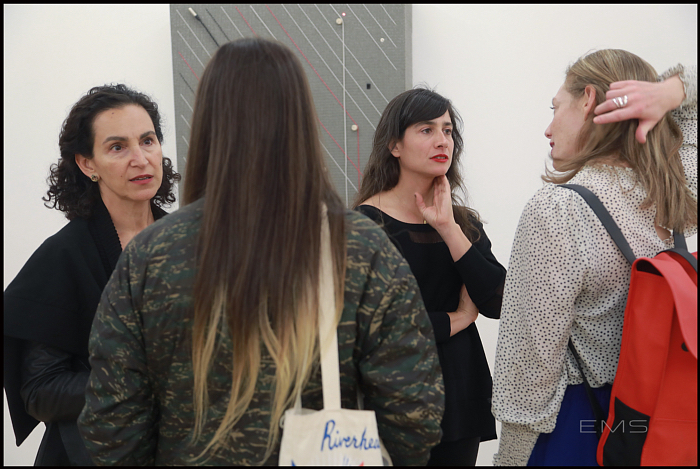 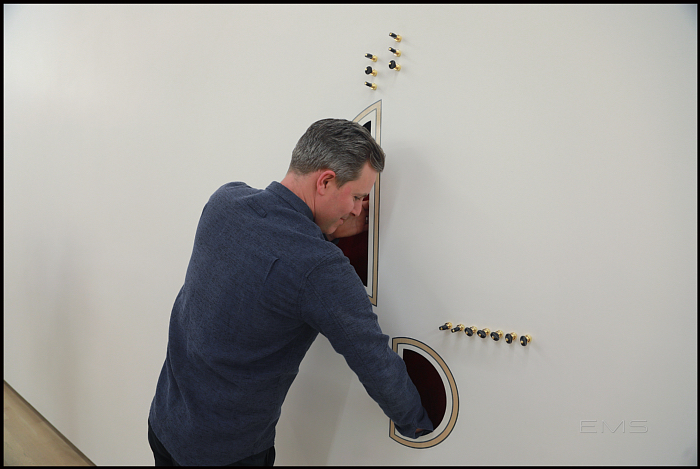 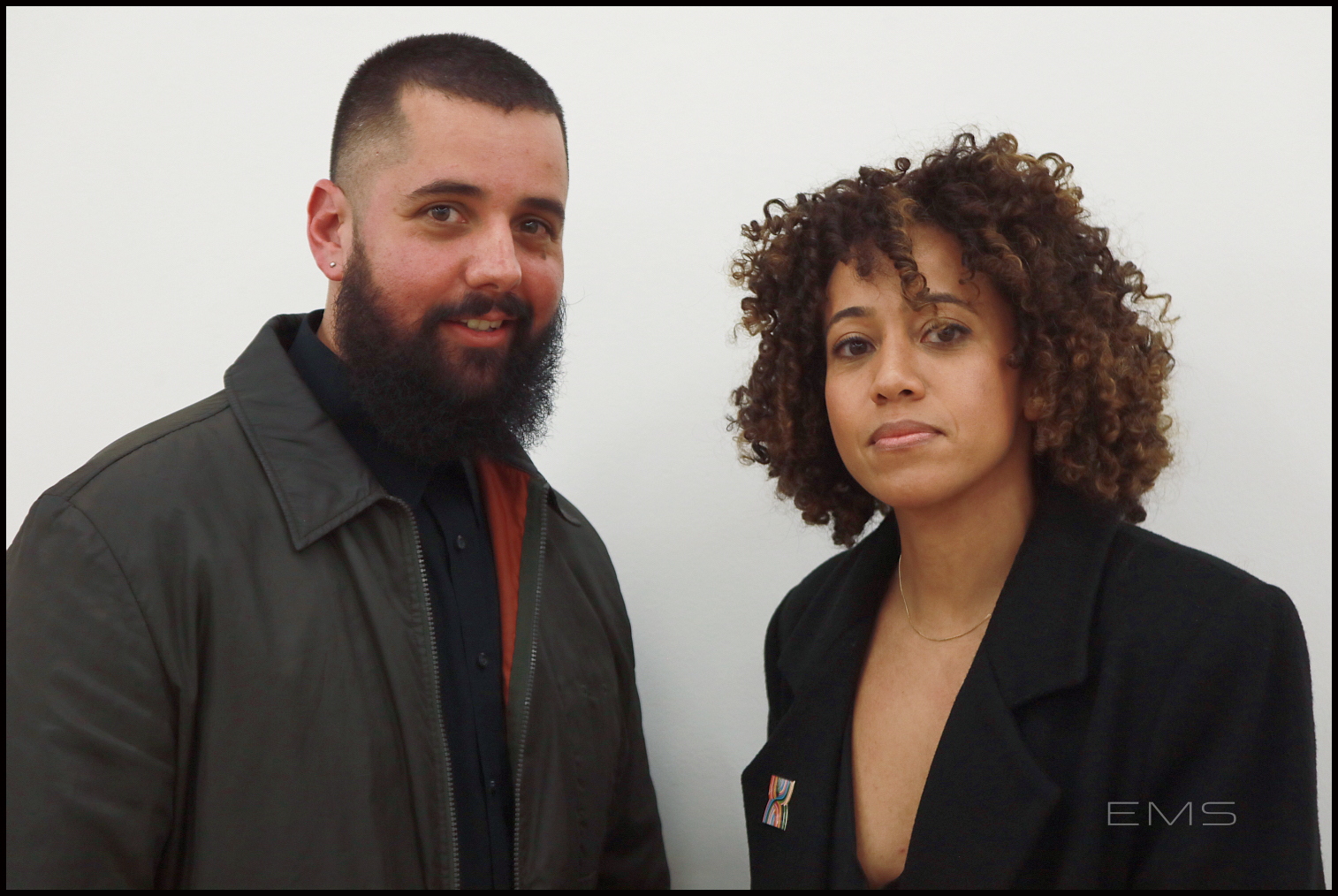 Shulamit Nazarian is proud to present, Close to Home, a group exhibition of four photographers that mine their personal experiences–past and present–to express moments of intimacy within larger social and political structures. Engaging with the deep and complicated history of photographic portraiture, each artist renders his or her subjects in part as extensions of themselves, coded with personal and cultural references.

Eva O’Leary has been producing photographs in and around her hometown of Central Pennsylvania, ironically nicknamed Happy Valley. Gaining access to college parties, dorm rooms, and proms and other social spaces of those in the midst of pivotal coming of age moments, O’Leary examines individual vulnerability in these transitional times. Her work explores intimate moments to deftly confront power dynamics as it falls along gendered lines, especially within the lives of adolescents.

Erica Deeman’s Brown series is a collection of medium format photographs that depict isolated men from the African diaspora, rendered shirtless in front of a brown backdrop that matches the color of the artist’s own skin. Injecting her own presence in the portrait of others,these deceptively straightforward imagesprovide a foil for the deleterious tropes of black male portraiture—particularly images affiliated with the practice of physiognomy and mug shots. Her subject’s gazes are quiet, vulnerable, and self-aware, carrying the power and weight of the photographic history and lineage that she is acutely referencing. 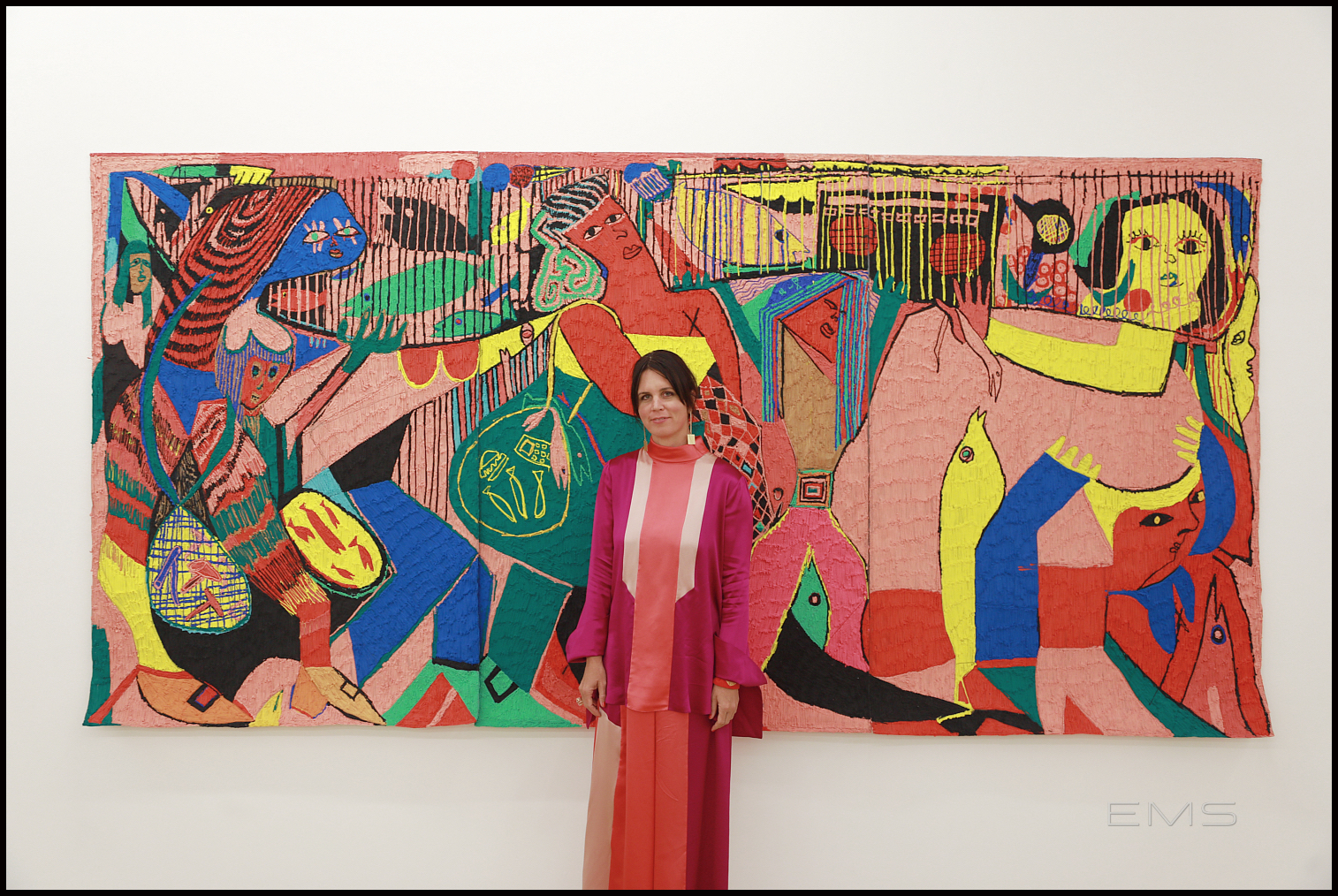 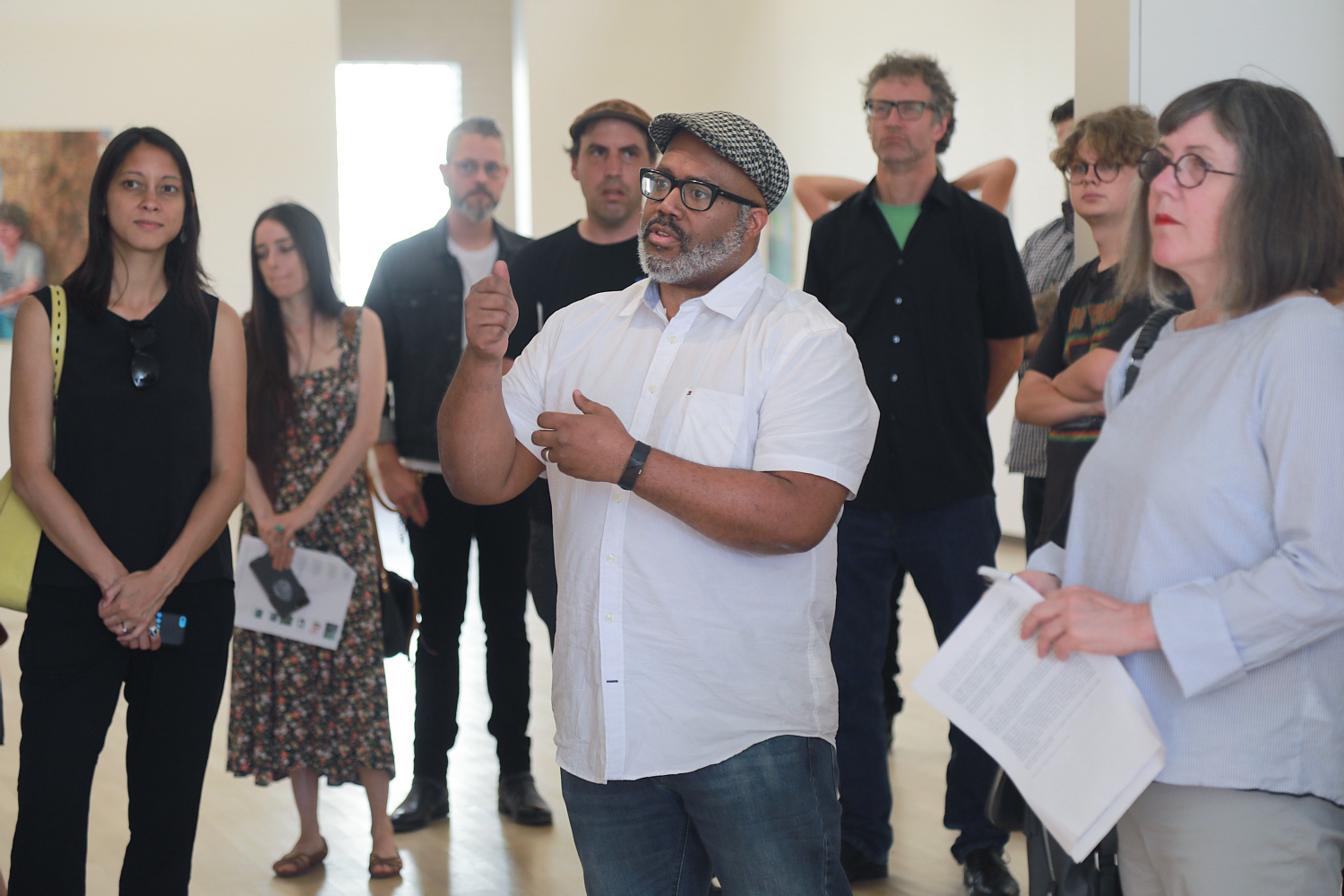