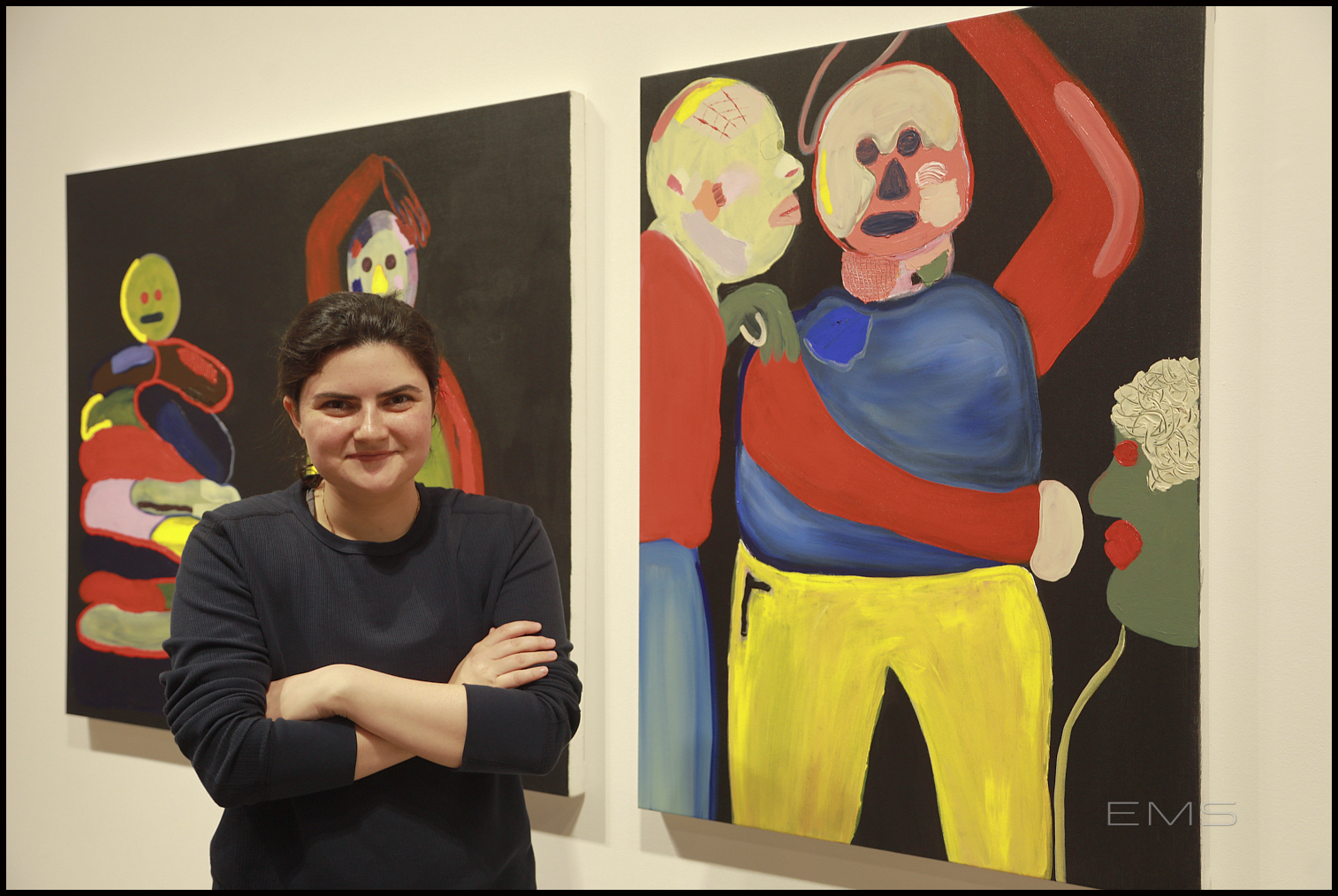 Steve Turner is pleased to present Night Pockets, a solo exhibition by Los Angeles-based Gabby Rosenberg consisting of paintings that combine figuration and abstraction. The gender-ambiguous figures are part self and part monster and are comprised of lushly layered bold colors juxtaposed against solid backgrounds of white or black. Many of Rosenberg’s subjects have fragmented body parts that are stacked in concentric circles. These blobby characters are often depicted with exposed joints or innards, a suggestion of vulnerability. According to the artist, they represent a visceral feeling of otherness and the complex fluidity of identity. She also acknowledges a debt to Mary Shelley’s Frankenstein with its creature’s desire for intimacy.

Gabby Rosenberg (born Chicago, 1992) earned a BA from Hampshire College (2014) and an MFA from CalArts (2018). Her work is currently on view in Show Me as I Want to Be Seen at the Contemporary Jewish Museum, San Francisco. This is Rosenberg’s first solo exhibition at Steve Turner. 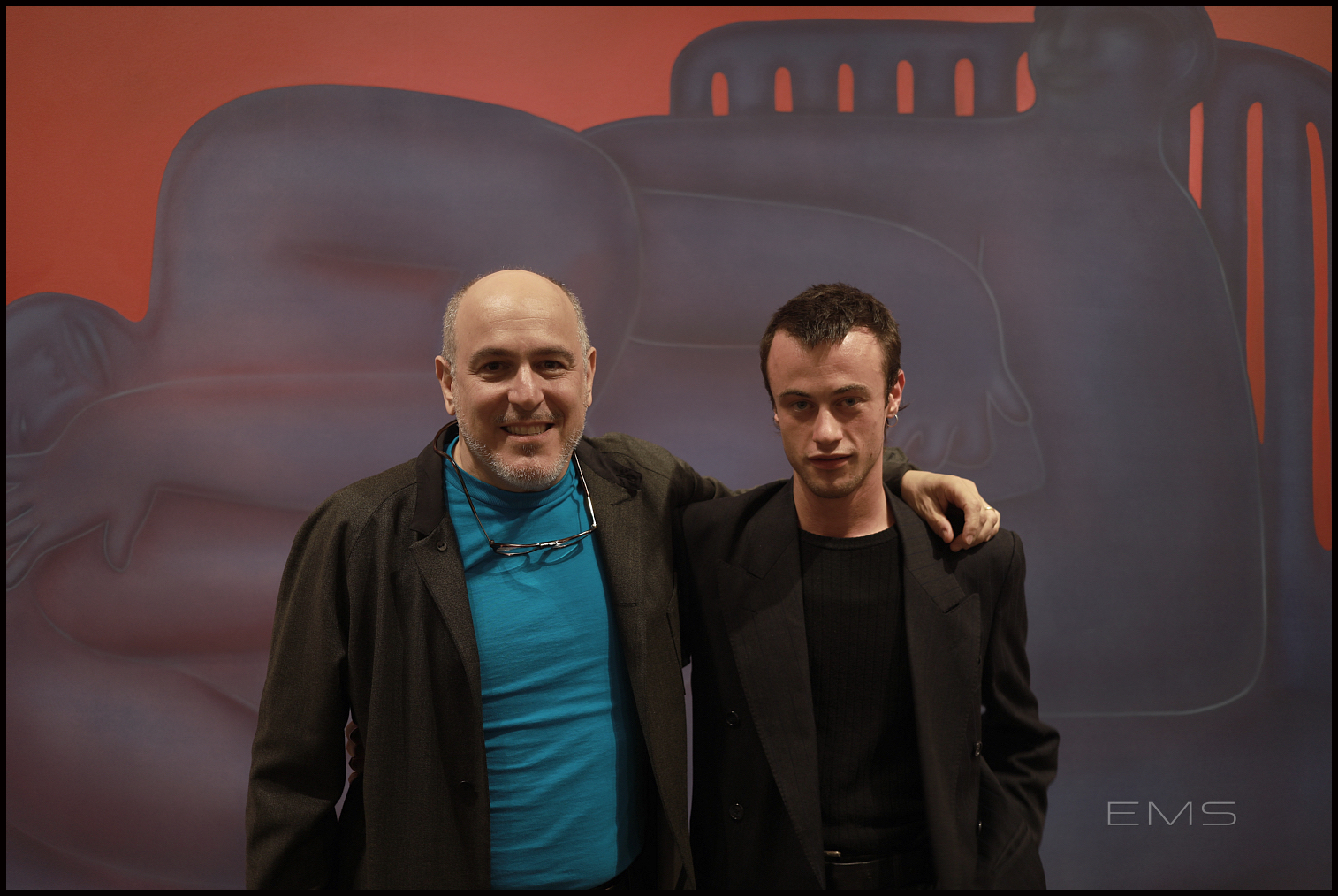 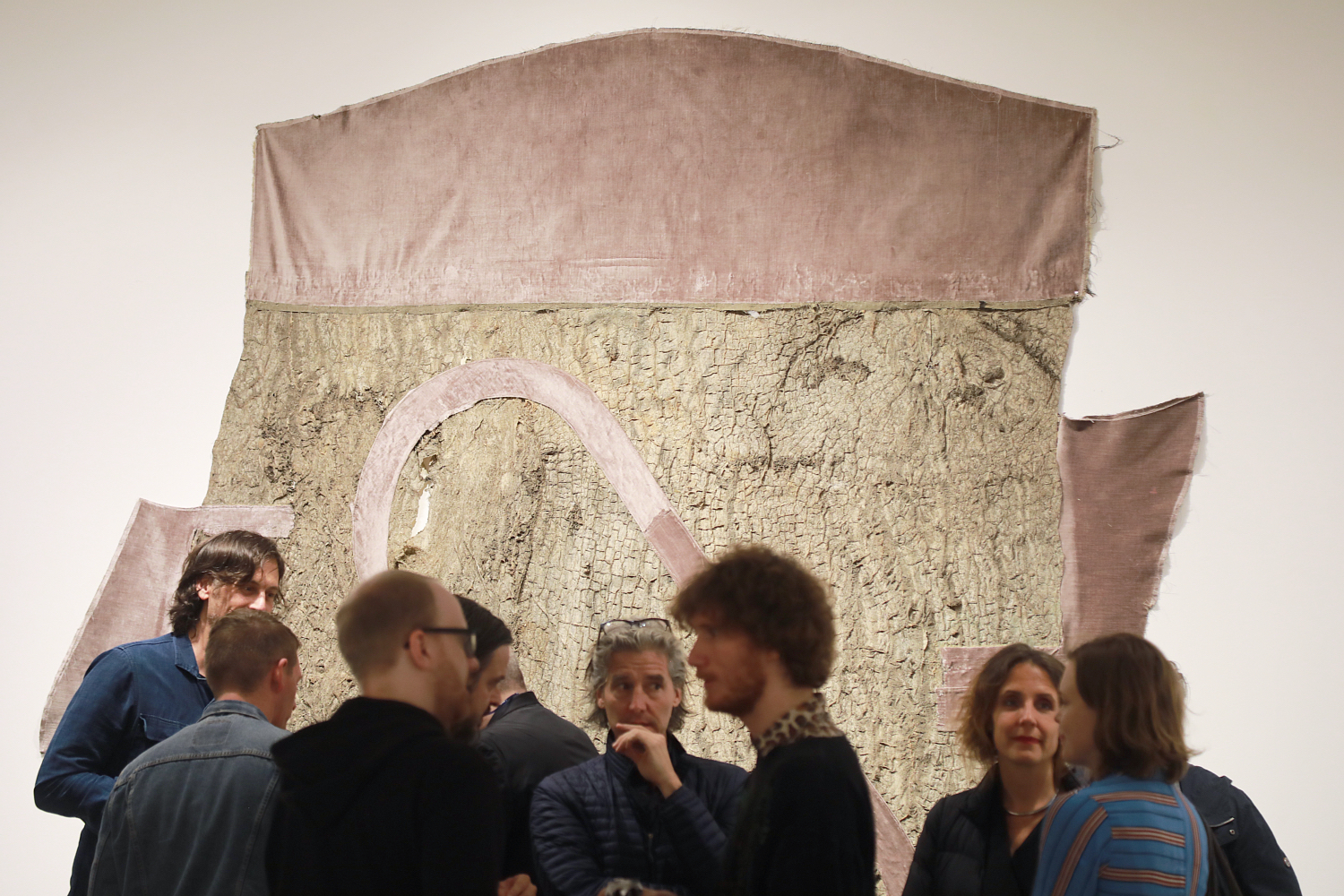