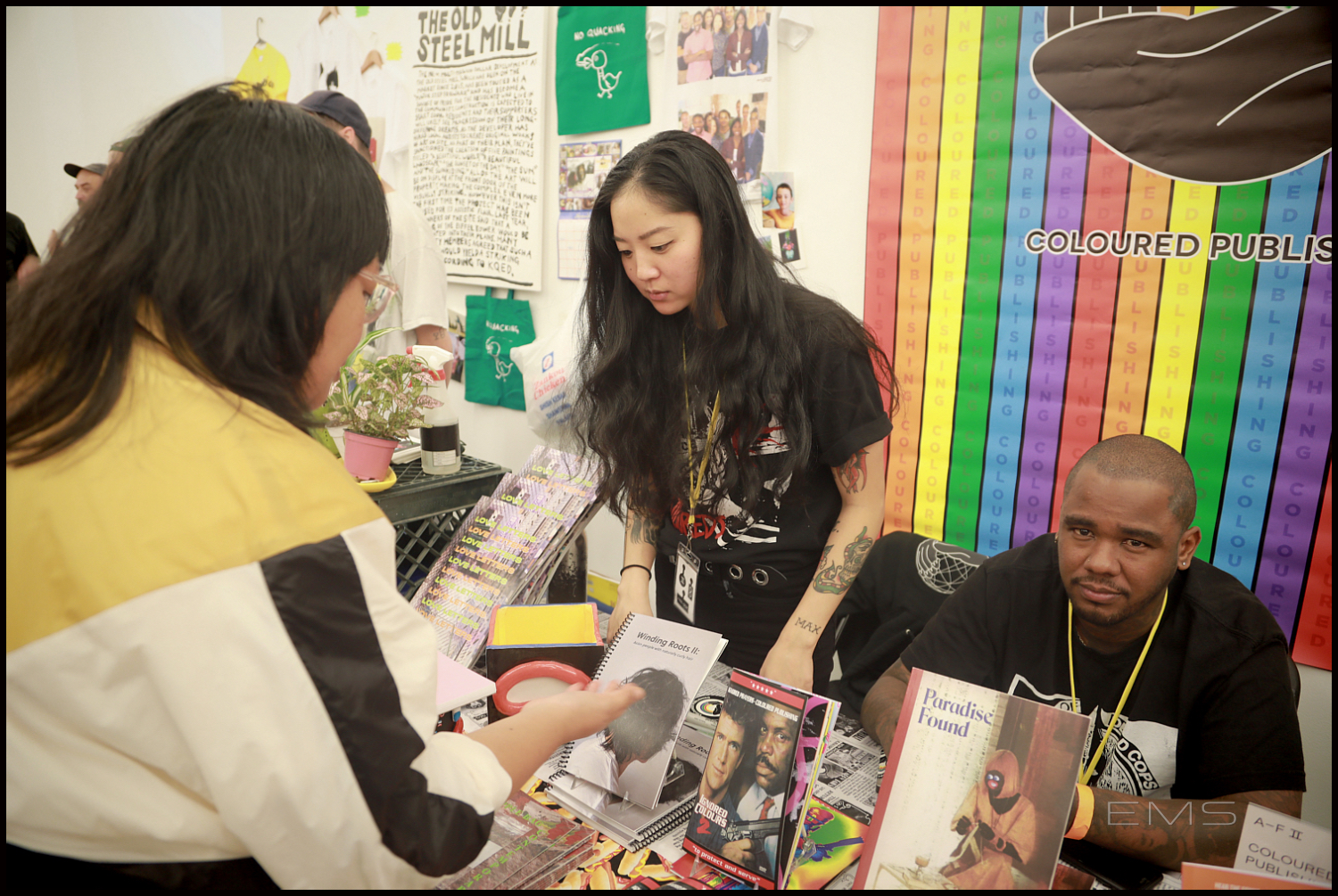 “ACID-FREE is pleased to announce the return of the Los Angeles Art Book Market & Bazaar, a three-day event produced by a programming committee of LA-based publishers, librarians, and curators, hosted by Blum & Poe Los Angeles.

Following the success of our inaugural Market in 2018 and our temporary installation at Frieze Los Angeles, join us November 1-3 for the 2019 Acid-Free Los Angeles Art Book Market. A-F ⅠⅠ provides a platform for 90+ West Coast and international exhibitors presenting new publications and projects alongside film programming by Now Instant Image Hall and La Collectionneuse, an archival exhibition curated by Guadalupe Rosales, music by Pacoima Techno, and a full schedule of ongoing discursive programming and signings. 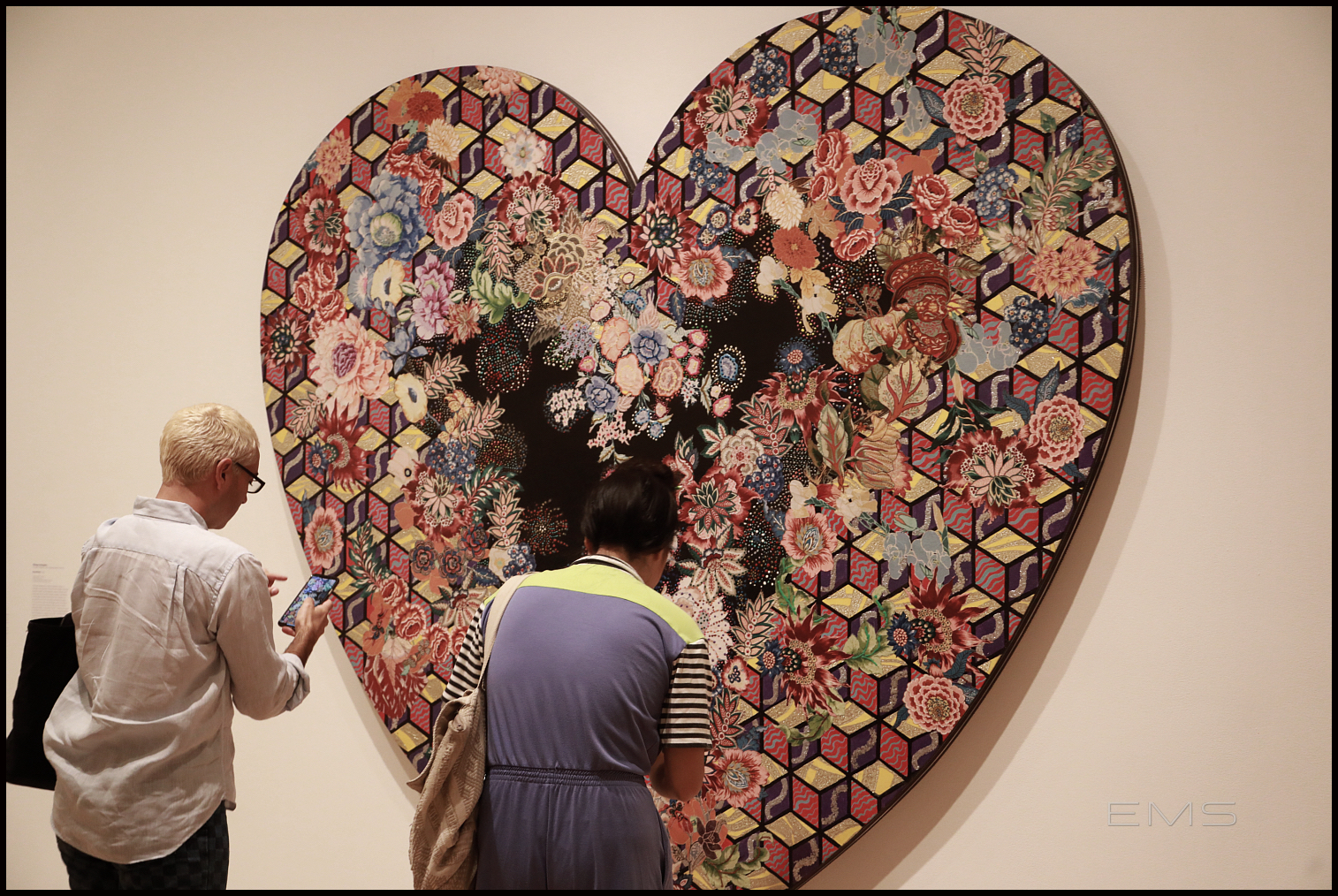 With Pleasure: Pattern and Decoration in American Art 1972–1985

“With Pleasure: Pattern and Decoration in American Art 1972–1985 is the first full-scale scholarly survey of this groundbreaking American art movement, encompassing works in painting, sculpture, collage, ceramics, installation art, and performance documentation. Covering the years 1972 to 1985 and featuring approximately fifty artists from across the United States, the exhibition examines the Pattern and Decoration movement’s defiant embrace of forms traditionally coded as feminine, domestic, ornamental, or craft-based and thought to be categorically inferior to fine art. Pattern and Decoration artists gleaned motifs, color schemes, and materials from the decorative arts, freely appropriating floral, arabesque, and patchwork patterns and arranging them in intricate, almost dizzying, and sometimes purposefully gaudy designs. Their work across mediums pointedly evokes a pluralistic array of sources from Islamic architectural ornamentation to American quilts, wallpaper, Persian carpets, and domestic embroidery. Pattern and Decoration artists practiced a postmodernist art of appropriation borne of love for its sources rather than the cynical detachment that became de rigueur in the international art world of the 1980s. This exhibition traces the movement’s broad reach in postwar American art by including artists widely regarded as comprising the core of the movement, such as Valerie Jaudon, Joyce Kozloff, Robert Kushner, Kim MacConnel, and Miriam Schapiro; artists whose contributions to Pattern and Decoration have been underrecognized, such as Merion Estes, Dee Shapiro, Kendall Shaw, and Takako Yamaguchi; as well as artists who are not normally considered in the context of Pattern and Decoration, such as Emma Amos, Billy Al Bengston, Al Loving, and Betty Woodman. Though little studied today, the Pattern and Decoration movement was institutionally recognized, critically received, and commercially successful from the mid-1970s to the mid-1980s. The overwhelming preponderance of craft-based practices and unabashedly decorative sensibilities in art of the present-day point to an influential P&D legacy that is ripe for consideration.

With Pleasure: Pattern and Decoration in American Art 1972–1985 is organized by Anna Katz, Curator, with Rebecca Lowery, Assistant Curator, The Museum of Contemporary Art, Los Angeles.” – per website 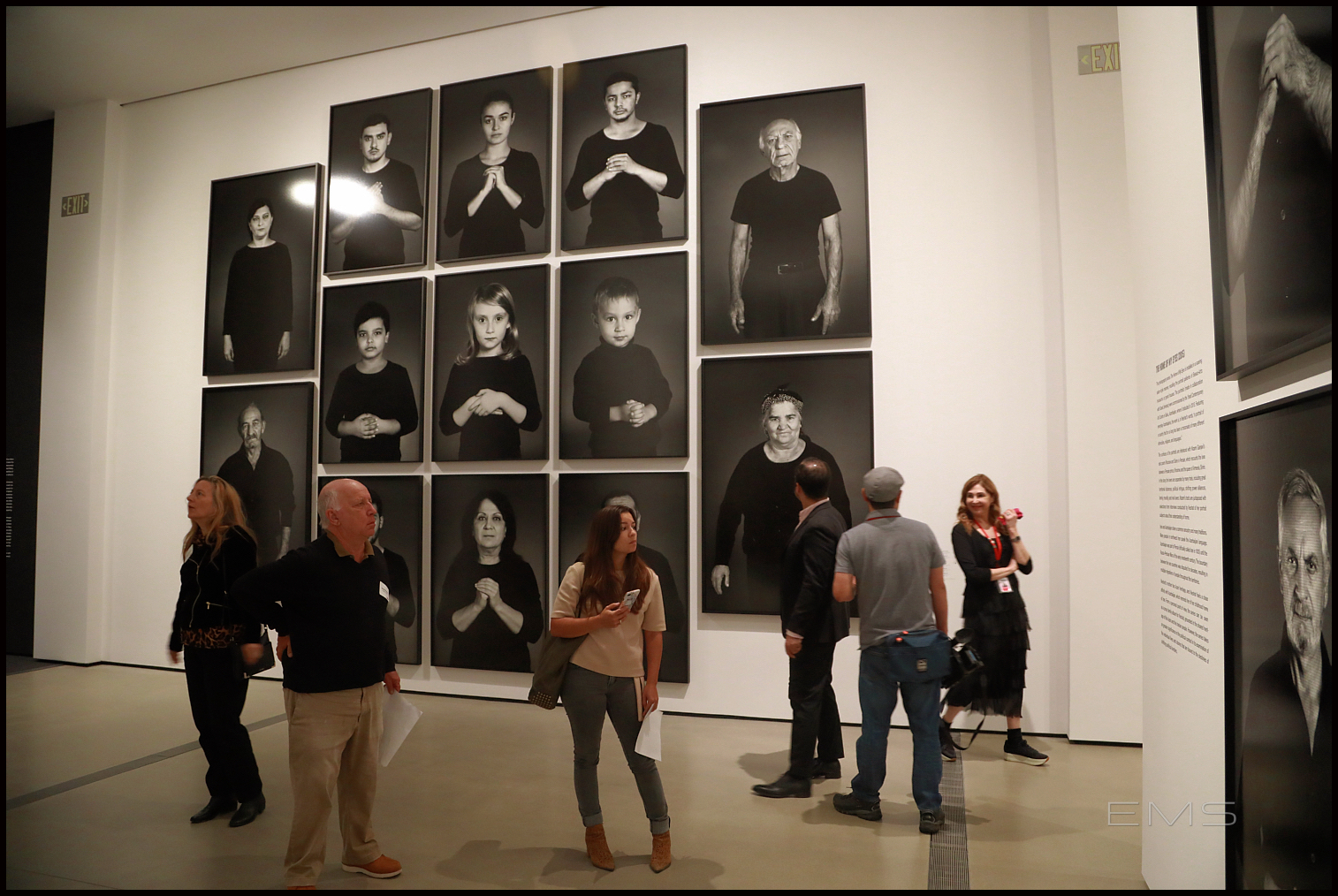 Shirin Neshat : I Will Greet The Sun Again. The Broad. Los Angeles. Photos by EMS

“Originated by The Broad, Shirin Neshat: I Will Greet the Sun Again is the largest exhibition to date of internationally acclaimed artist Shirin Neshat’s approximately 30-year career. Taking its title from a poem by Iranian poet Forugh Farrokhzad, the exhibition (which presents over 230 photographs and eight immersive video installations works) offers a rare glimpse into the evolution of Neshat’s artistic journey as she explores topics of exile, displacement, and identity with beauty, dynamic formal invention, and poetic grace. Beginning with her early photograph series, Women of Allah, the exhibition also features iconic video works such as Rapture, Turbulent, and Passage, monumental photography installations including The Book of Kings and The Home of My Eyes, and Land of Dreams, a new, ambitious work encompassing a body of photographs and two videos that will make its global debut in the exhibition.

Throughout her career, Neshat has constructed poetic worlds in which women and men navigate narratives that mirror interior and political realities. Inside of and against these metaphoric worlds, Neshat studies the specifics of both individual and cultural gestures and poses, often assembling and interviewing real people who have lived through some of the most turbulent events of recent history, including the Green Movement in Iran and the Arab Spring in Egypt.

Neshat’s 2001 collaboration with composer Philip Glass, Passage, will act as a pivot in the exhibition from Neshat’s early, personal work made specifically about living outside of Iran during some of the most turbulent times in the country’s history to new bodies of work which reflect universally on seismic global political events such as 9/11, the Arab Spring, and the current xenophobia in the United States over immigration. Four galleries in the exhibition feature work never-before-seen in the United States, including a body of portraits made in Iran that Neshat has never shown publicly.” – per website

“On October 10, UTA Artist Space and Carpenters Workshop Gallery hosted a conversation between Verhoeven Twins and Studio Drift, moderated by LALA Editor-In-Chief Jessica Kantor, ahead of their collaborative exhibition “Dark Fantasy.”  Curated by Ashlee Harrison and Natalie Kovacs, the exhibition marks the West Coast expansion of Carpenters Workshop Gallery. The blue chip design gallery treated it like a lavish housewarming party with a star-gazing finish at Eugenio Lopez’s compound.” – per website