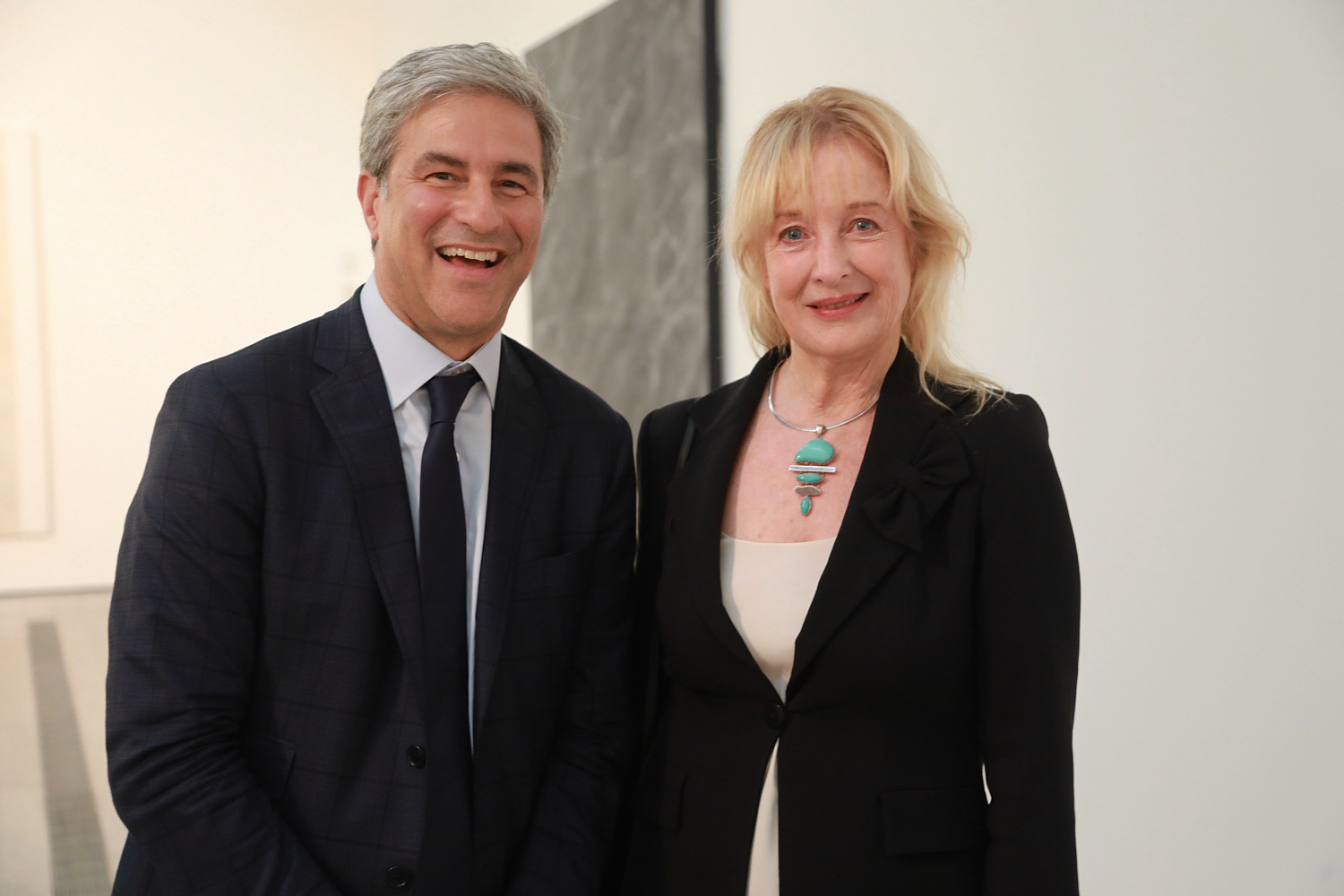 Mary Corse: A Survey in Light

“Mary Corse’s first solo museum survey is a long overdue examination of this singular artist’s career. Initially trained as an abstract painter, Corse emerged in the mid-1960s as one of the few women associated with the West Coast Light and Space movement. She shared with her contemporaries a deep fascination with perception and with the possibility that light itself could serve as both subject and material of art. This focused exhibition will highlight critical moments of experimentation as Corse engaged with tropes of modernist painting while charting her own course through studies in quantum physics and complex investigations into a range of “painting” materials. The survey will bring together for the first time Corse’s key bodies of work, including her early shaped canvases, freestanding sculptures, and light encasements that she engineered in the mid-1960s, as well as her breakthrough White Light Paintings, begun in 1968, and the Black Earth Series that she initiated after moving in 1970 from downtown Los Angeles to Topanga Canyon, where she lives and works today.” – per website 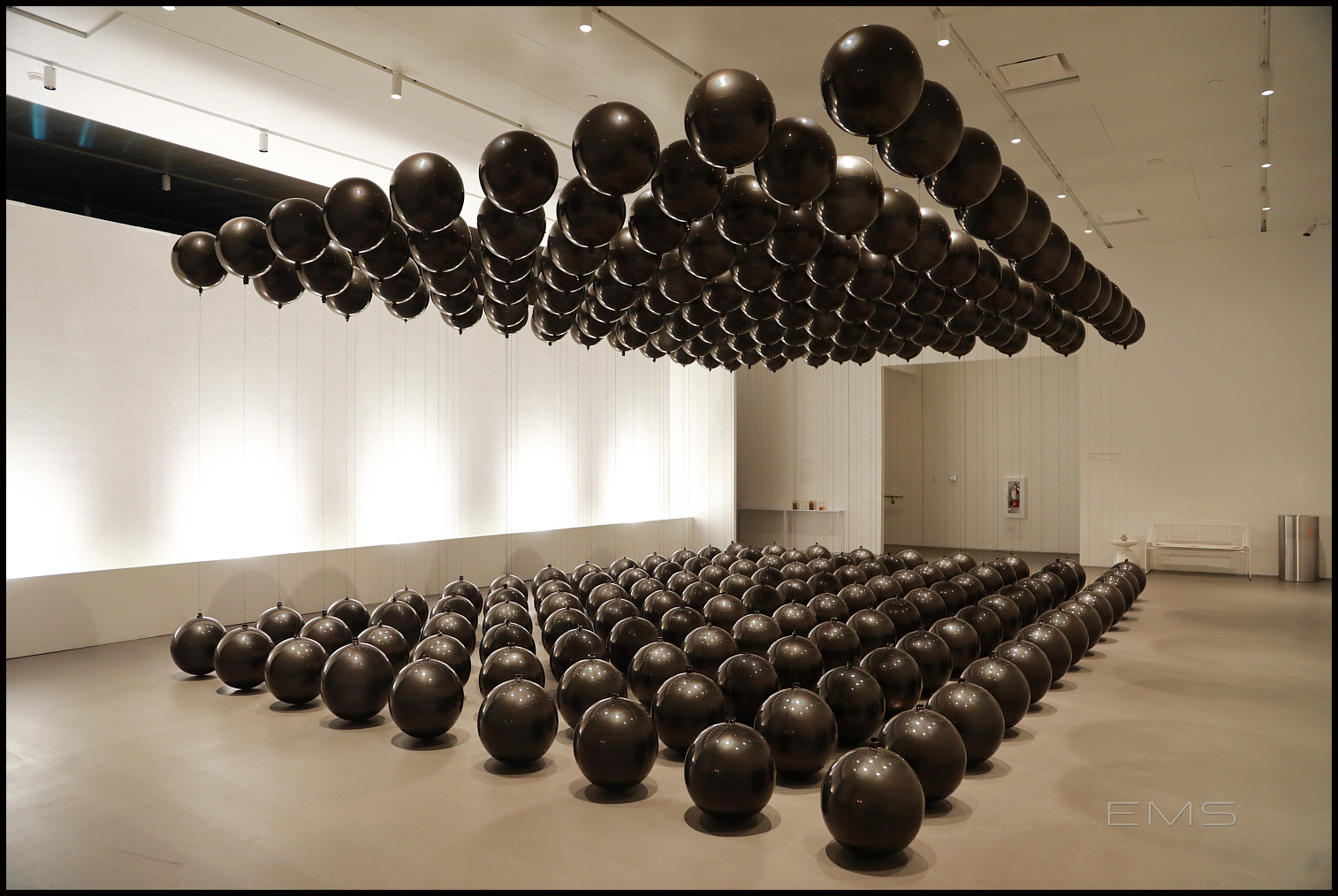 “In Point of View, thirteen artists explore how new perspectives expand our concept of the world. Through their art, they play with the definition of perspective, flip its rules, and present abstract and literal forms. Though the methods and media are all different, each artwork opens us up to the views of others.” – per website 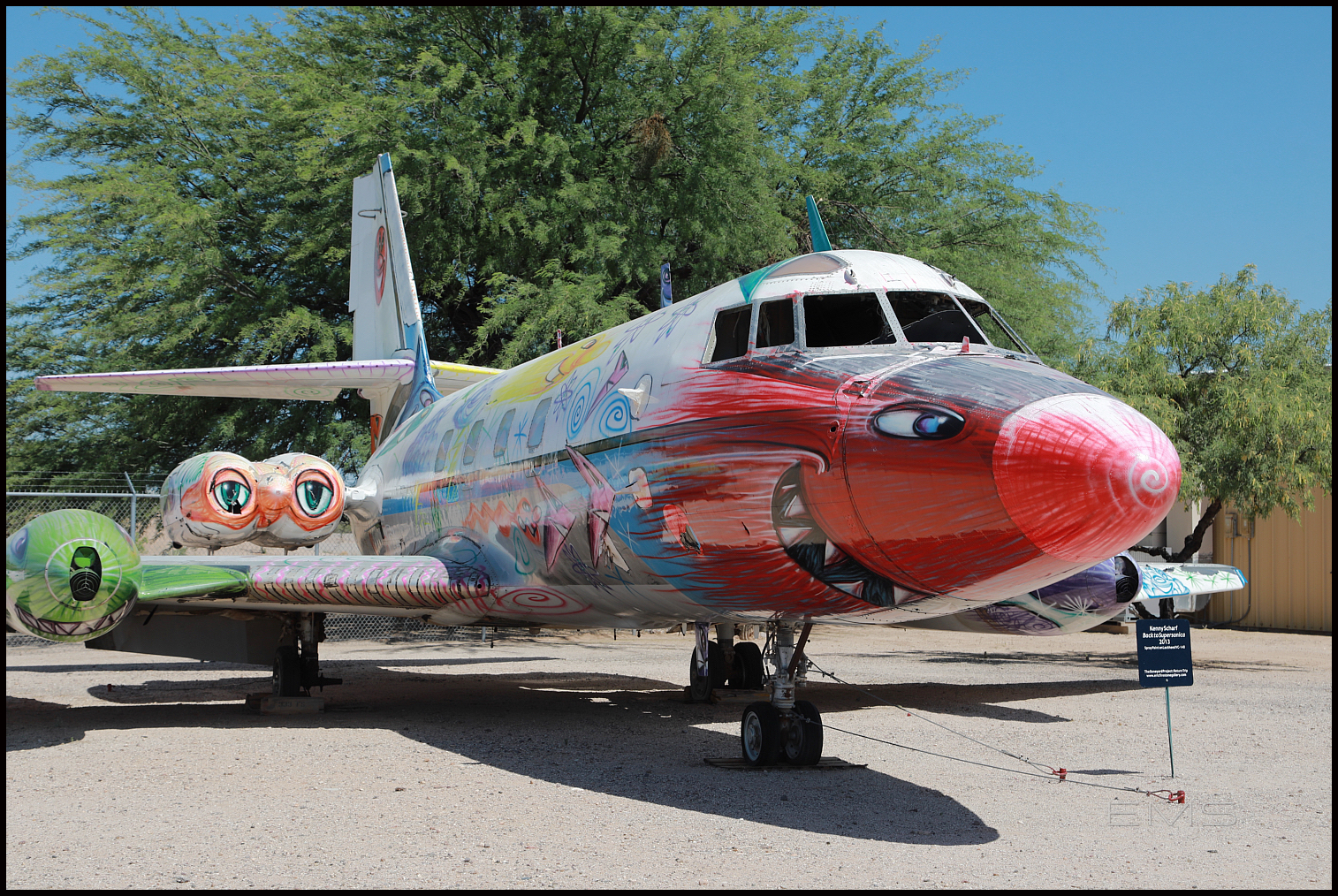 The Pima Air & Space Museum is one of the largest non-government funded aviation and space museums in the world!

Featuring over 350 historical aircrafts, from a Wright Flyer to a 787 Dreamliner. Sitting on 80 acres the museum opened its doors to the public in May of 1976. Over the past forty years, the museum has grown immensely and today encompasses six indoor exhibit hangars (three dedicated to WWII). 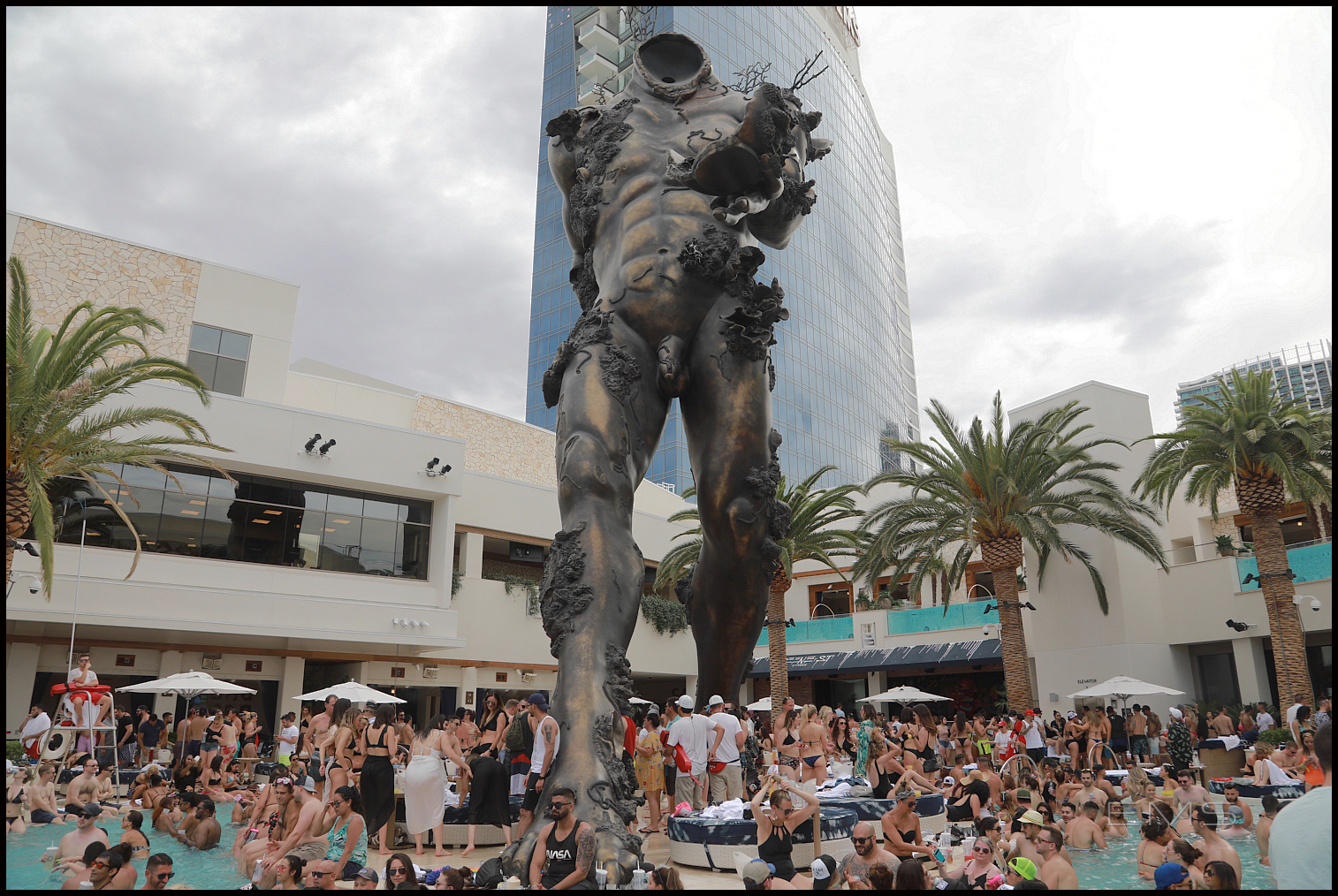 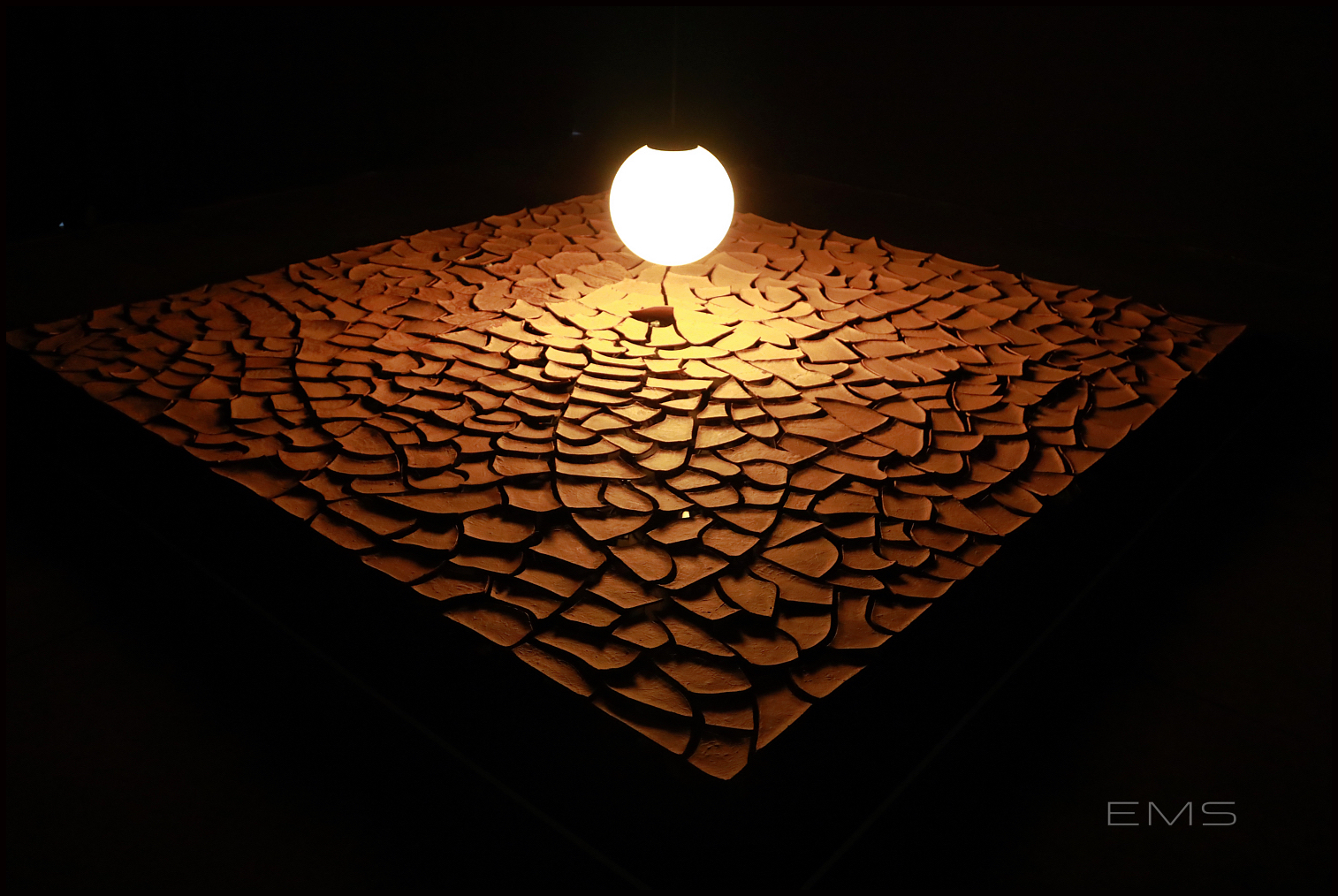 “In the 21st century, each of us—often unknowingly—leave a digital footprint in everything we do from texting to a simple internet search. This exhibition presents the multiple ways in which we, as users, interact with an artwork and the response or output the artwork provides in return. These interactions are meant to get the viewer thinking not only about the traces we leave behind, but the effects we have on technology. In this important moment in time, humans and technology are evolving together and interactive art exemplifies this relationship. This intimate level of engagement with an artwork opens the opportunity to shift the viewer’s perspective on the meaning and boundaries of art itself.

The work of pioneering artists in the field of interactive digital art will be on view alongside emerging artists on the cutting edge of technology and art, including work by a local artist using virtual reality. The nine artists included in the exhibition are: Ernest Edmonds, Rafael Lozano-Hemmer, Marpi, Aakash Nihalani, Mimi Onuoha, Purring Tiger (Aaron Sherwood and Kiori Kawai), Daniel Rozin, and Tiffany Trenda.

Organized by Scottsdale Museum of Contemporary Art. Curated by Curator of Programming Julie Ganas.” – per website 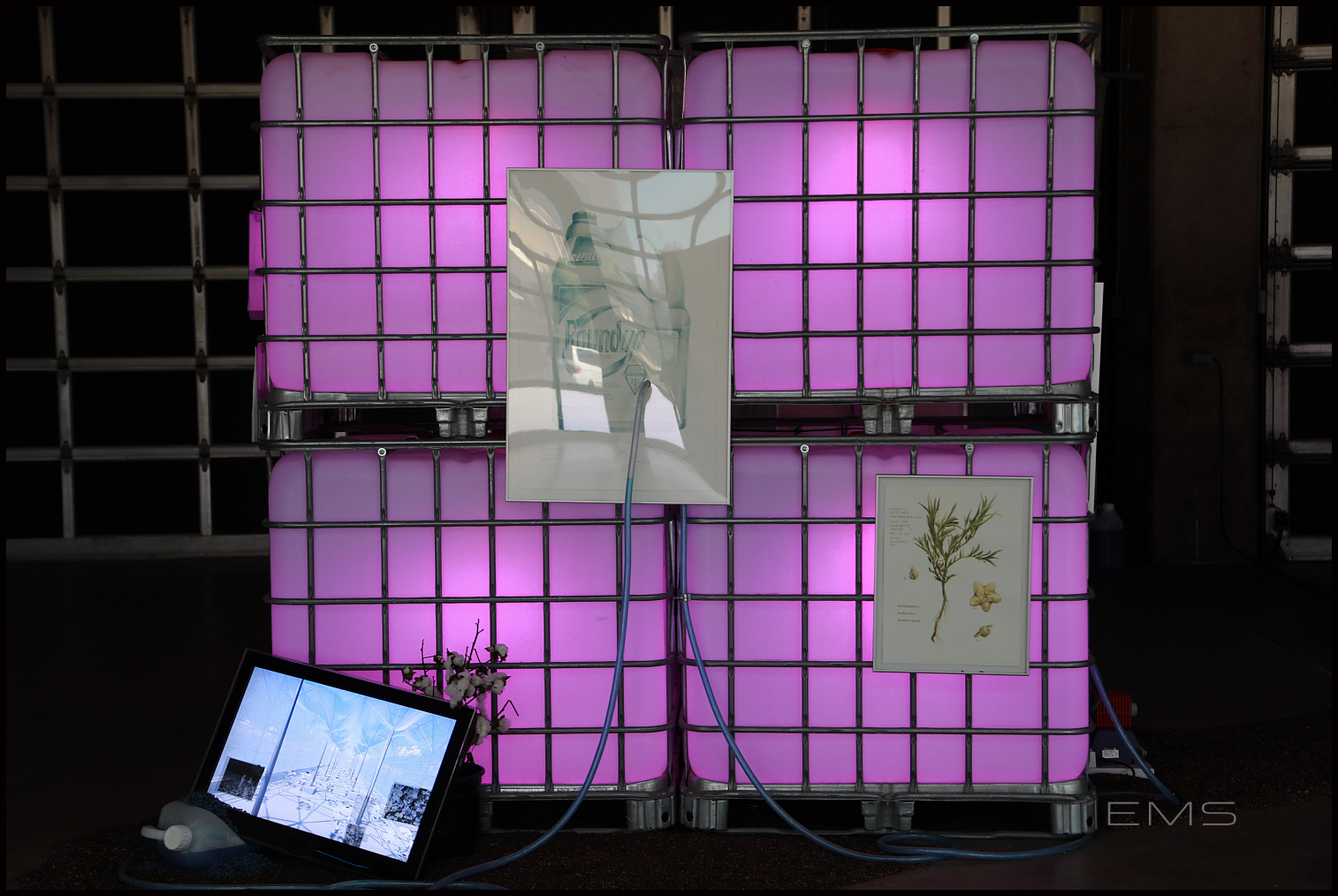 The Museum of Contemporary Art Tucson is pleased to present GROPING in the DARK curated by Alex Young. GROPING in the DARK addresses human land use and the effects of the modification of Earthly matter upon interdependent ecologies of mind, society, and environment.  The exhibition serves as an experimental presentational platform for artist-researchers whose ecological practices are informed by and actively agglomerate a diverse array of disciplines and media in examining world systems and developing new models of being-in-the-world.  Spanning an array of inquiries into planetary scaled networks, agricultural engineering, multi-species entanglements, and the simultaneous expansion and collapse of anthropogenic space, the works collected for this exhibition take the form of in-depth ecological open works wherein their subjects are continuously observed, reexamined, acknowledged as far from fully knowable, and the assumed whole is always less than the sum of its parts. GROPING in the DARK is presented in response to our ecological moment and present reactionary political climate. In stark contrast to a backdrop of manifest anti-egalitarianism, hetero/cis-normative gender constructs, xenophobia, and speciesism, GROPING in the DARK gathers artist-researchers actively exploring plausible worlds through social ecology and multi-species intersectionality, migration, placemaking, and resilience.

The title of this exhibition is borrowed from the 1982 publication Groping in the Dark: The first decade of global modelling—produced as the conference proceedings for the Sixth International Institute of Applied Systems Analysis Symposium on Global Modelling—collaboratively authored by Donella Meadows, John Richardson, and Gerhart Bruckmann.  Released ten years after Meadows co-authored The Limits to Growth—the foundational report on the findings of the World3 systems dynamics computer model simulating interactions between human population, industrial and economic growth, food resources, and the limits of earth ecosystems—Groping in the Dark was created as an experimental guide for the production of new world models and the modelling of new worlds. Constructed as a patchwork of disparate-yet-interconnected texts ranging from reports on major works and methodologies in global modelling, to ruminations on the contradictions and limitations of the burgeoning field, to a list of the editors’ respective biases—Groping in the Dark provided an abundance of entry points into then-current attempts to understand and create change within complex social and environmental systems.  In a manner akin to its namesake, this exhibition joins practitioners and projects that employ diverse modes of thinking in the examination of how humans modify Earth systems and how we might better model new worlds. Photo credits: “Wild Relatives” by Jumana Manna, “CASH CROP” by J. Eric Simpson, and “Cooking Sex” by Epicurean Endocrinology. 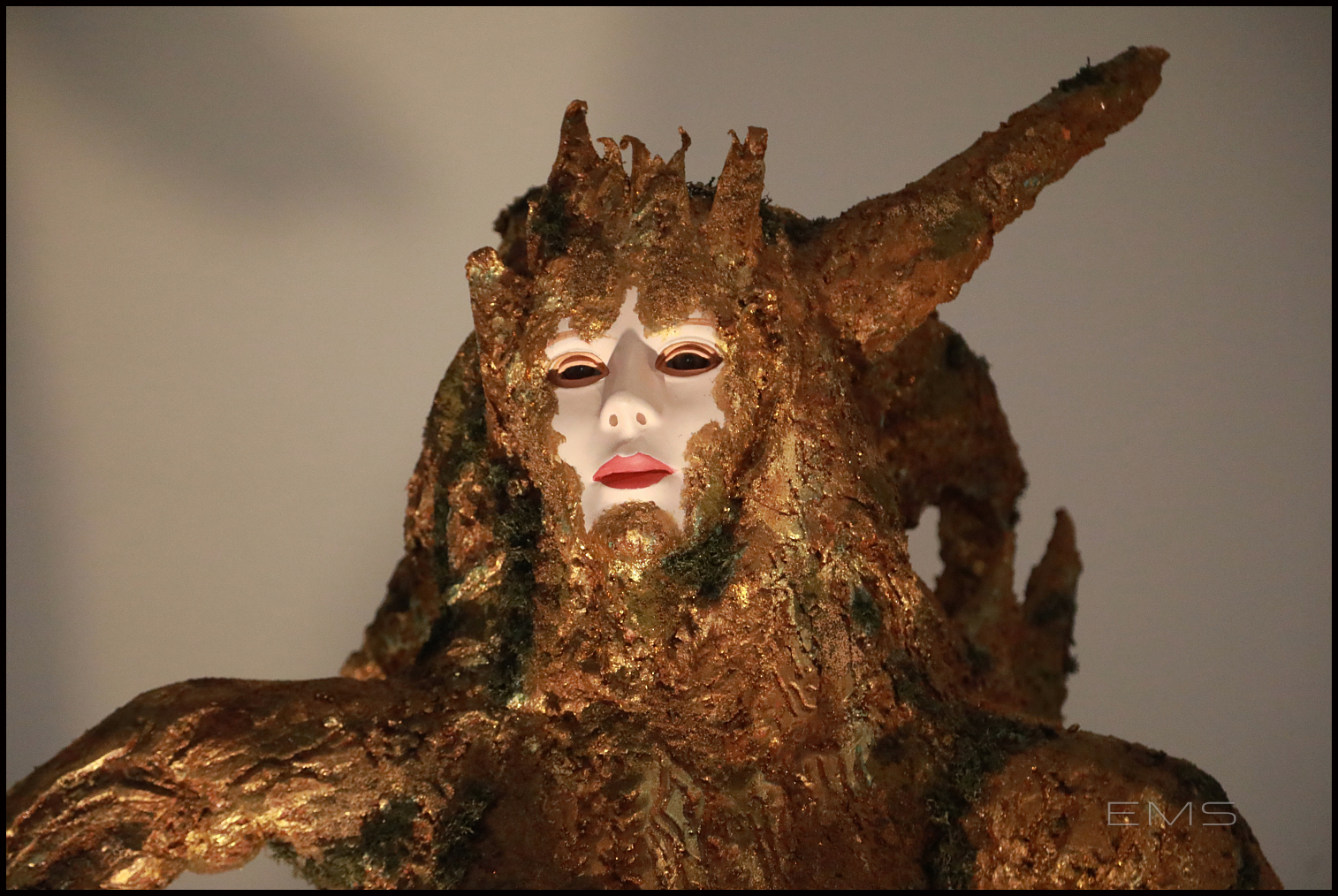 “Marnie Weber emerged in Los Angeles’s punk music and performance art scene of the 1980s, and has since become known for installations in which sculpture, film, music, costuming, and collage come together to form whole, fantastical worlds. Weber’s homespun, haunted-house aesthetic evokes the gothic side of American folkloric traditions, imparting a sense of old-time magic to narratives of lost innocence. Her dream-like films feature a cast of motley characters, including animals, monsters, trees, and clowns, with supernatural female protagonists at their centers. In the artist’s macabre fairy tales, these figures navigate uncanny landscapes on journeys of transformation.

In 2005, Weber debuted her filmic installation Songs That Never Die, which introduced the Spirit Girls, a fictitious all-female rock band whose members died tragically in the 1970s. Wearing white masks, long wigs, and Victorian attire, the Spirit Girls were inspired by the male theatrical rock bands of Weber’s youth. The band also reflects Weber’s interest in the American Spiritualist movement of the 19th century, in which young women were the central public actors, performing séances before audiences. Like the Spiritualists, who ushered in the nascent women’s rights movement, the Spirit Girls’ music delivers messages of liberation from the great beyond. With Weber performing as lead singer, the Spirit Girls appeared in three subsequent films and numerous live performances over the course of a decade. This focused exhibition of recent acquisitions from MCASD’s collection presents three Spirit Girls films—Songs That Never Die (2005), A Western Song (2007), and The Campfire Song (2008)—in conjunction with sculptures, photographs, and a related early film, The Forgotten (2001). 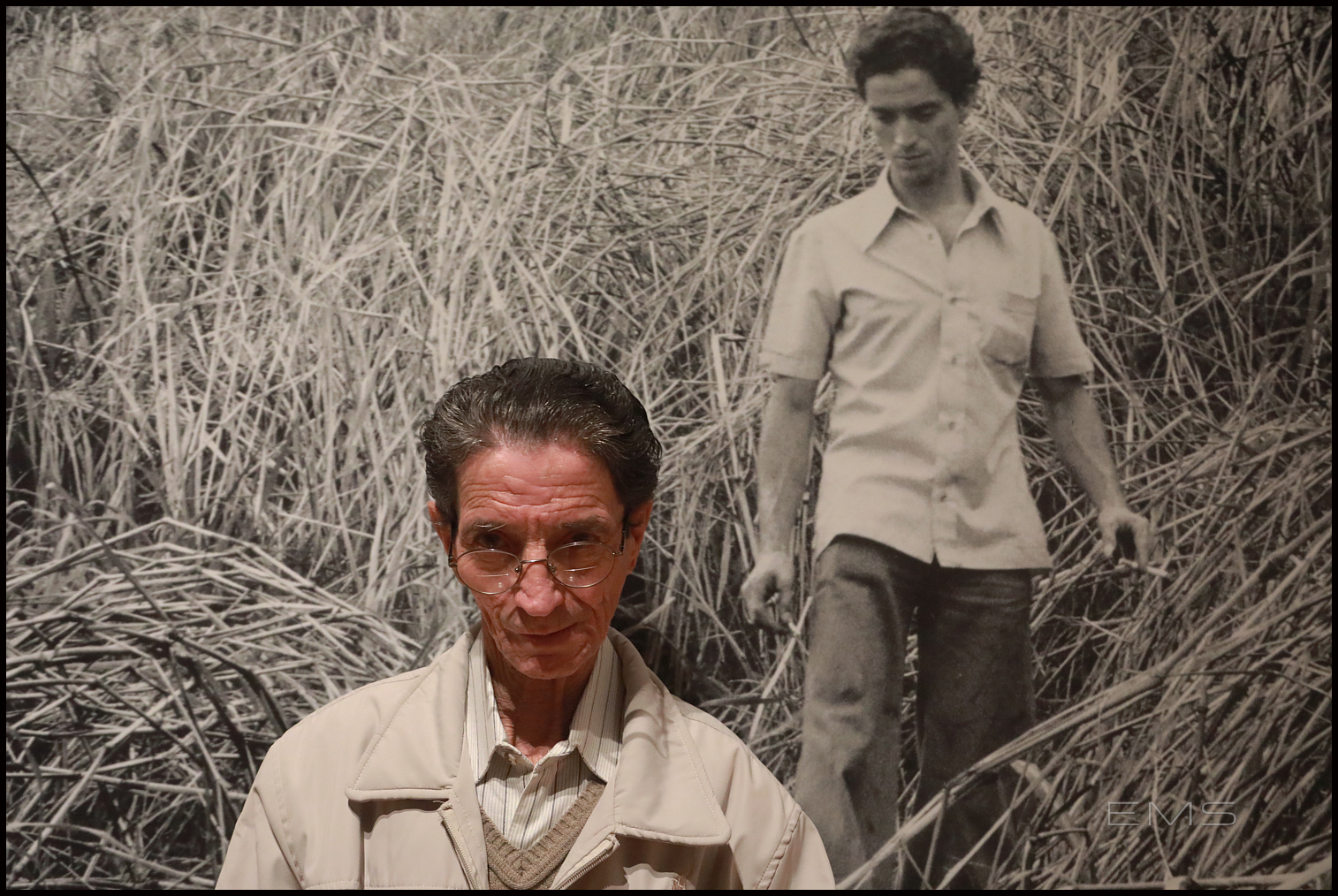 “While on assignment to document poverty in Brazil for Life magazine, American photographer Gordon Parks encountered one of the most important subjects of his career: Flávio da Silva. Parks featured the resourceful, ailing boy, who lived with his family in one of Rio’s working-class neighborhoods known as favelas, in his 1961 photo essay “Freedom’s Fearful Foe: Poverty.” His reportage resulted in donations from Life readers but also sparked controversy, particularly in Brazil, where the popular picture magazine O Cruzeiro issued a scathing condemnation of Life’s coverage.

This exhibition explores the celebrated photo essay, tracing the extraordinary chain of events it triggered and Parks’s representation of Flávio over several decades.

This exhibition has been organized by the J. Paul Getty Museum and the Ryerson Image Centre, Toronto, Canada, in collaboration with The Gordon Parks Foundation and Instituto Moreira Salles.” – per website