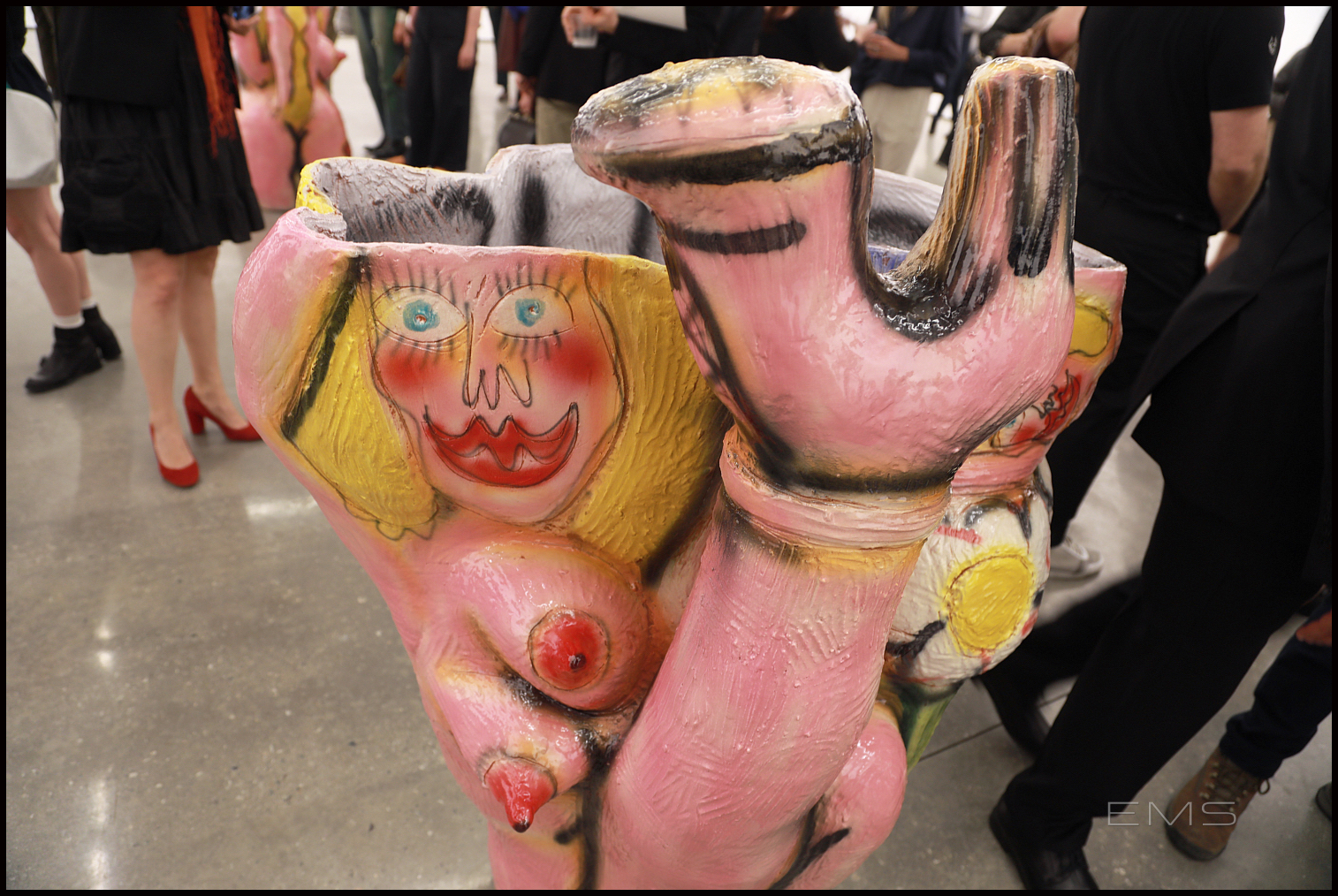 “In recent years Ruby Neri has become increasingly recognized for her ceramic sculptures featuring figurative female forms. Almost always based on the centralizing idea of the vessel, these works are notable for the physicality of their construction and the intensity of their glazes, which are often applied using an airbrush. This exhibition will feature a group of some of the largest and most complex objects of this kind that Neri has made to date.

Neri arrived at what has become a signature typology by synthesizing an idiosyncratic group of influences, including the Bay Area Figurative Movement, street art, ancient fertility figures, and more recent currents in ceramic-based contemporary art. The work is defined by its psychologically and sexually charged content and its bawdy feminism, with women engaged in what appear to be ritualistic power dynamics. Several of the new sculptures are composed of numerous figures that differ greatly in size. Smaller women are held, supported by, and wrapped around bigger ones, suggesting relationships in which one dominates the others. The ambiguity and playfulness of these tableaux add a layer of narrative richness to the works, especially because they are highly three-dimensional objects in which visual and sculptural information flows across every surface, front and back, under and over, inside and out.

This narrative quality draws attention to the qualities of the figures themselves, which all share certain basic characteristics. Blonde, with dramatically full lips, voluptuous bodies, and revealed genitalia, they can also be considered variations on a single character whose most prominent feature might in fact be her disarmingly frank facial expression. Enraptured, knowing, bemused, the gaze she returns to the viewer suggests that the complexity of her relationships–with her own interiority, the other versions of herself that surround her, the viewer, the materials from which she has been crafted, and the artist who made her–comes as no surprise.”