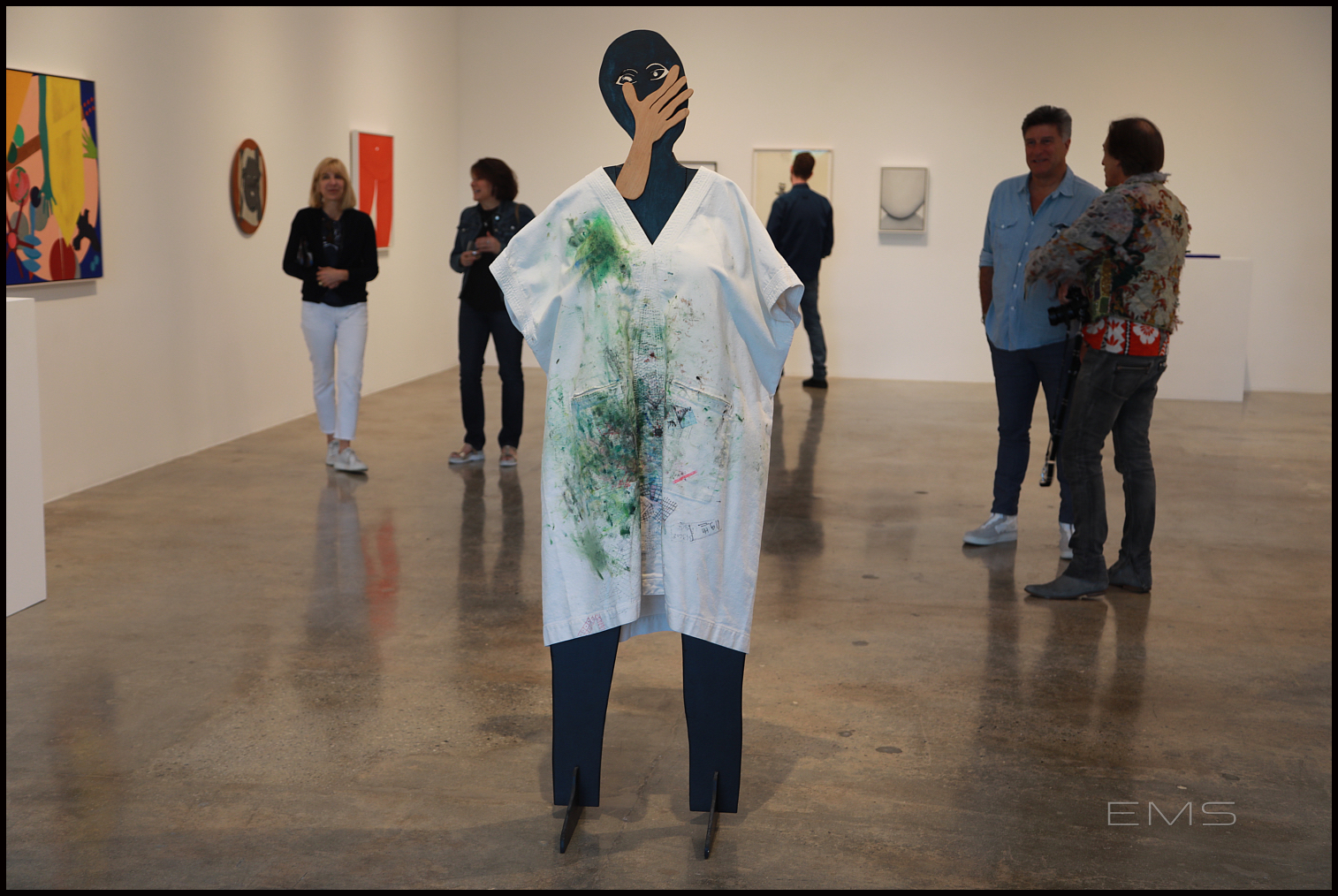 “Surrogates investigates the use and visibility of the female body. Each of the artists make work that can stand-in for different aspects of the female form in the physical, social, and political capacities. The artworks included discuss these ideas both through the representation of the physical body, but more interestingly highlight the anatomy’s ability to change shape. The body is part organism and part machine—a vessel for multiple identities. Surrogates features works that display the female body as both the self and the other.

The works included are from the early 1960s through the 1990s and cover a large swath of time that witnessed an evolution of feminist waves. The artists included not only predicted significant movements but also contributed to the changing discourse. The 1980s witnessed artworks that were critically engaged with mass-media’s role in the patriarchal construction of the “woman.” Kiki Kogelnik created one of her first works in the mid-1960s culling directly from advertisements and their portrayal of the female form. She astutely critiqued the image and dissected it’s construct by pulling it apart and reassembling it – sometimes reimagining it as a robot or some other artificial object. Additional works by Kogelnik, such as an acrylic hanging sculpture, portray body parts as modular replacements, suggesting a body that could survive the future was one that could regenerate.

Similar to Kogelnik, Lynn Hershman Leeson’s Phantom Limb series depicts the absorption of a female identity into technology by merging female bodies with machinery. Predating the advent of Photoshop, these black and white photo collages replace the limbs of a beckoning woman with objects such as electric plugs, televisions, clocks and cameras. The division of the individual into both the public and private self reflects a contemporary experience of life online. The female portraits appear as intimate documentation between a subject and a viewer, however the mechanic limbs open the privacy of the subject up to infinite sources of spectatorship. An influential media artist, Lynn Hershman Leeson makes sculptures, installations, and performances that are deeply engaged with and often leading the conversations in identity and biopolitics.”…