(from website) Landscape, technology, solitude, and wonder are the experiences Bob Gunderman brings to his work, where they emerge on canvas as a disorienting admixture of biomorphic or totemic forms and raw paint. Interstellar space and arctic night, bleached high desert and dark seabed, Glocks and children’s cartoons are some of the elements that may appear in glimpses and shards in his paintings. The fusing of multiple vantage points and different moments heightens the kaleidoscopic effect. What may have been an astronaut’s helmet, a crag of cliff, a gun scope, the globular body of a creature, or the rays of sun or sonar spin out through the momentum of paint to become something else equally malleable and uncertain.

Part of this disorientation is that very few of the paintings include spatial cues, making resolving the elements into a pictorial scene impossible. Because of the almost familiar, almost organic contours and colors, the viewer feels compelled to scan the compositions for a resolution – however subjective and speculative. The viewer may conjure a horizon, machine parts, ocean shells, machine gun shells, night sky, and expanses of sand, or is that skin? This shifting array of references and resemblances is held together by gestural painting: outlines and adjacent

areas of differing pattern, color, and facture provide structure, staying on the side of abstraction while hinting at imagery. Gunderman counts Phillip Guston and Arthur Dove as influences and viewers may see affinities with Marsden Hartley and early Mark Rothko as well.

The patchwork compositions and themes through which Gunderman works make perfect sense considering his biography. His visual imagination was awakened by the surreal absurdity of early Looney Tunes animation, specifically the stylized, often lush backgrounds behind the antic action. After this comes the view down a gun sight, as Gunderman became a soldier, a small- arms specialist at FORSCOM, the center of U.S military special operations focused on rapid- response expeditionary deployments. As part of a unit trained to be anywhere in the world in less than 24 hours, Gunderman was required to stay close to base at Ft. Bragg. This made for formative contradictions – confinement and waiting, with the random possibility of extreme urgency and intensity. It is under these conditions that he started to paint. Gunderman would go on as an art student to focus instead on performance work, favoring critical, transient expression over traditional objects. He became a collaborator in organizing alternative exhibition spaces outside of the established gallery circuit and eventually cofounded what would become the major Los Angeles gallery ACME, with the aim of supporting emerging artists and abjuring market fads.

Add to this unique background a penchant for making expeditions alone to remote and dramatic environments from the arctic to the jungle, and one gets some explanation for the paradoxical sharp ambiguity that characterizes Gunderman’s paintings. Intrigued by things that exist outside of human time – galactic space, eons-old creatures, and remote landscapes – Gunderman also draws from his multiple lives – sharpshooter, science enthusiast, Angeleno, art-world mentor, and prodigal son of painting. This is the flowing complexity that one finds in the work. 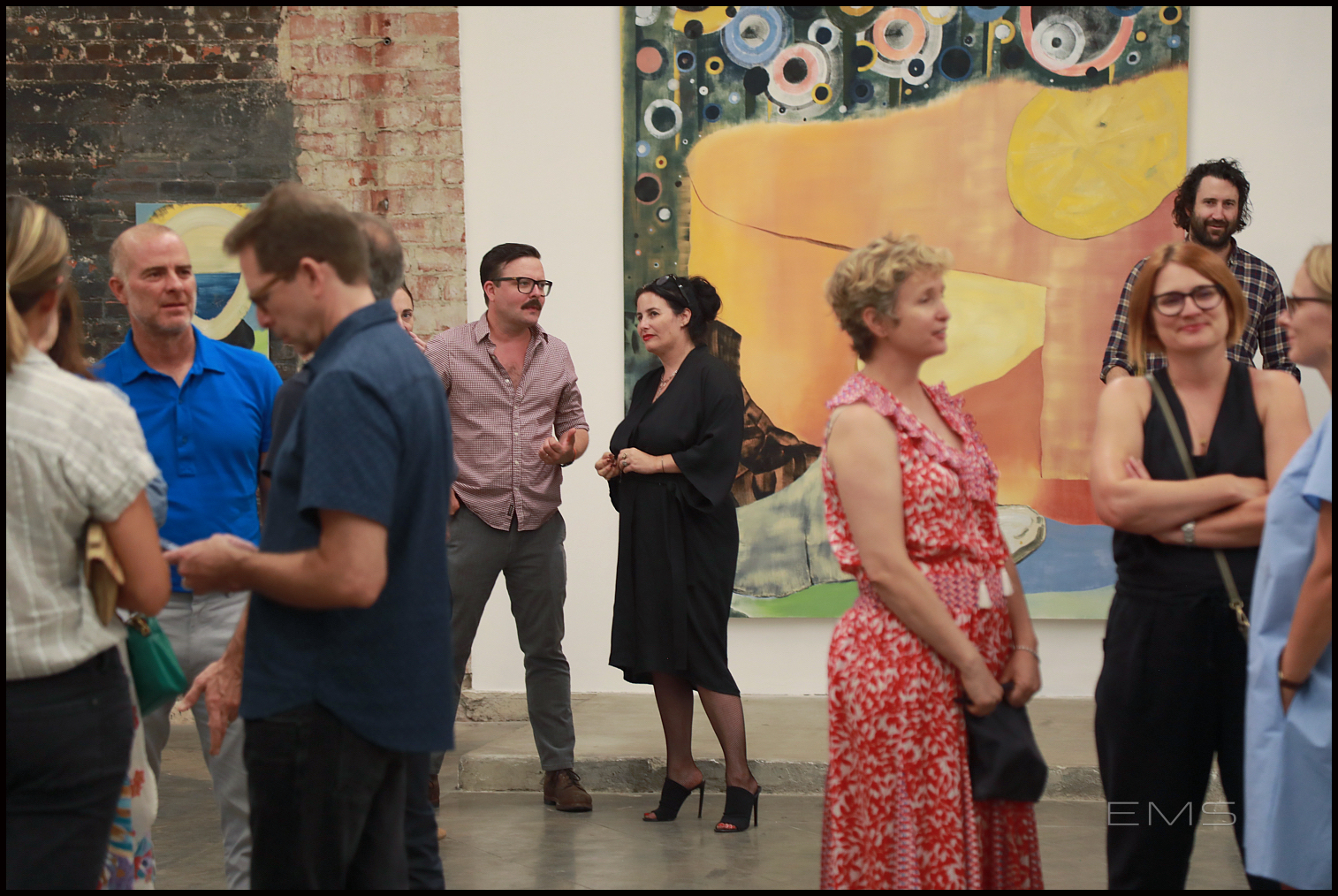