from website – Venice, CA — L.A. Louver is pleased to present a two-person exhibition with British artist Richard Deacon and Chinese artist Sui Jianguo. The installation includes new and recent works in clay, wood and stainless steel by Deacon, and over 40 bronze and galvanized photosensitive resin sculptures by Sui. This is the artists’ first collaborative presentation in the United States. Sui Jianguo and Richard Deacon first met in 1999 when Deacon proposed a sculpture for a public site in China. Sui sat on the selection committee. From this time onwards, Sui and Deacon have maintained a friendship as well as lively ongoing dialogue about issues relating to sculpture. Sui recalls: “I remember the first time [Deacon] visited me at the Central Academy of Fine Arts, he immediately photographed the classroom’s decrepit ceiling that with age had paint peeling off of it and curling onto itself. The following year, he made a series of works using laminated wood curling into itself. This is something that left a deep impression on me.” Despite living and working at opposite ends of the world both geographically and culturally (Deacon is based in London, England, and Sui in Beijing, China), the artists’ parallel trajectories of sculptural practice and academia have created many points of intersection. Generationally close (Deacon was born in 1949 and Sui in 1956), both artists pursued sculpture at university, have exhibited worldwide, and are professors at prestigious institutions. While both have acquired a fundamental awareness of what it means to be a “sculptor,” they have eschewed normative modes of conceptualizing and executing sculptural objects. Often referring to himself as a “fabricator,” Deacon has described his works as being “assembled from parts,” rather than traditionally carved or modeled. In a series titled Fold in the Fabric, Deacon has constructed a variety of geometric configurations from solid, unfinished wood blocks, each cut to the same length. Rather than carving away material, Deacon has joined the blocks together, combining them in different formations. The act of making is present, evidenced by the adhesive substrate dribbling between the connective joints. Further, Deacon has assigned a specificity to their display, setting them on top of wood tables of his own making: the crudeness of the sculpture’s raw material contrasting with the polished wood on which they rest. “Deacon has an innate talent for creating objects,” says Sui. “He is particularly good at making strangely shaped works based on the characteristics of the materials he uses.”

Sui has created works of similar scale by distilling the act of sculpting to an essence: pinching and grasping material form. “[Sui] has been willing to periodically upend all that he has learnt and to operate with new sets of principles, although carrying forward into changed circumstances his accumulated technical knowledge,” states Deacon. “He doesn’t pretend to start as a beginner.” In his series titled Planting Trace, Sui begins each work by pressing a small mass of clay within his hand; the pliant material captures the variegated surface of his skin. Using advanced 3D scanning and printing technology, Sui translates the clay imprints to a larger scale, magnifying every trace of his bodily impression with precision. The majority of sculptures are rendered in galvanized photosensitive resin, while others are cast in bronze, including a form that measures 12 ft. (3.5 m) tall: a monument to a gesture. An equally towering stainless steel sculpture by Deacon is positioned in counterpoint to Sui’s large form. New Alphabet GHI (2018) derives from an initial 26 drawings that Deacon developed into a whole vocabulary of metal reliefs, and which he has now made increasingly complex as a layered, freestanding construction. A dialogue occurs between the two artists’ sculptures, which are interspersed throughout the gallery. While diverse in their outputs, the conversational manner in which Sui and Deacon’s works occupy the space bring similarities to light – explorations through thematic variations, an intensity of technical proficiency, a sensitivity to spatial relationships and an approach to materiality that goes beyond the surface. “Our relationships are deeper than simple friendship,” says Deacon. “They are rooted in joint artistic and intellectual practices and fed by great mutual respect.” 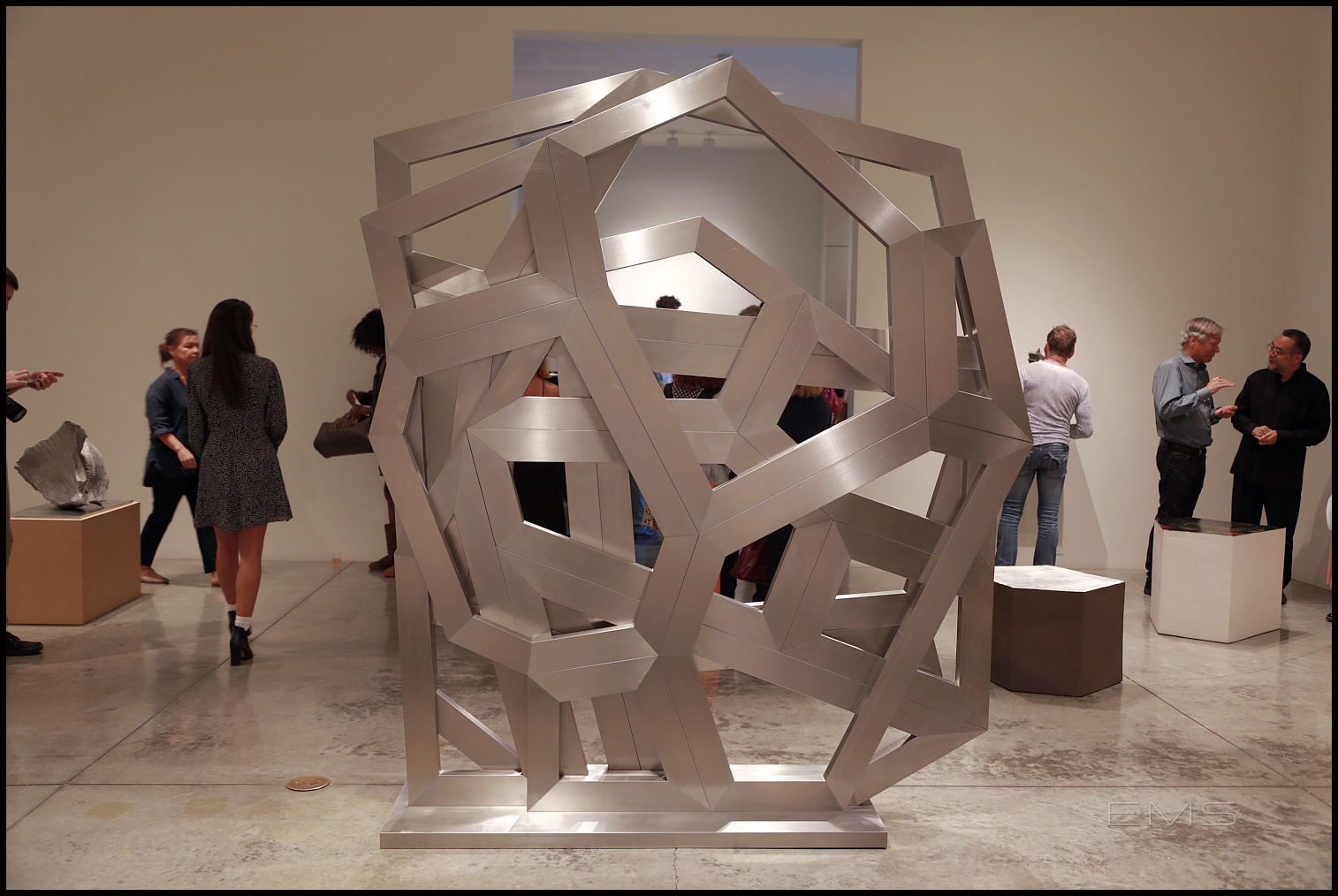 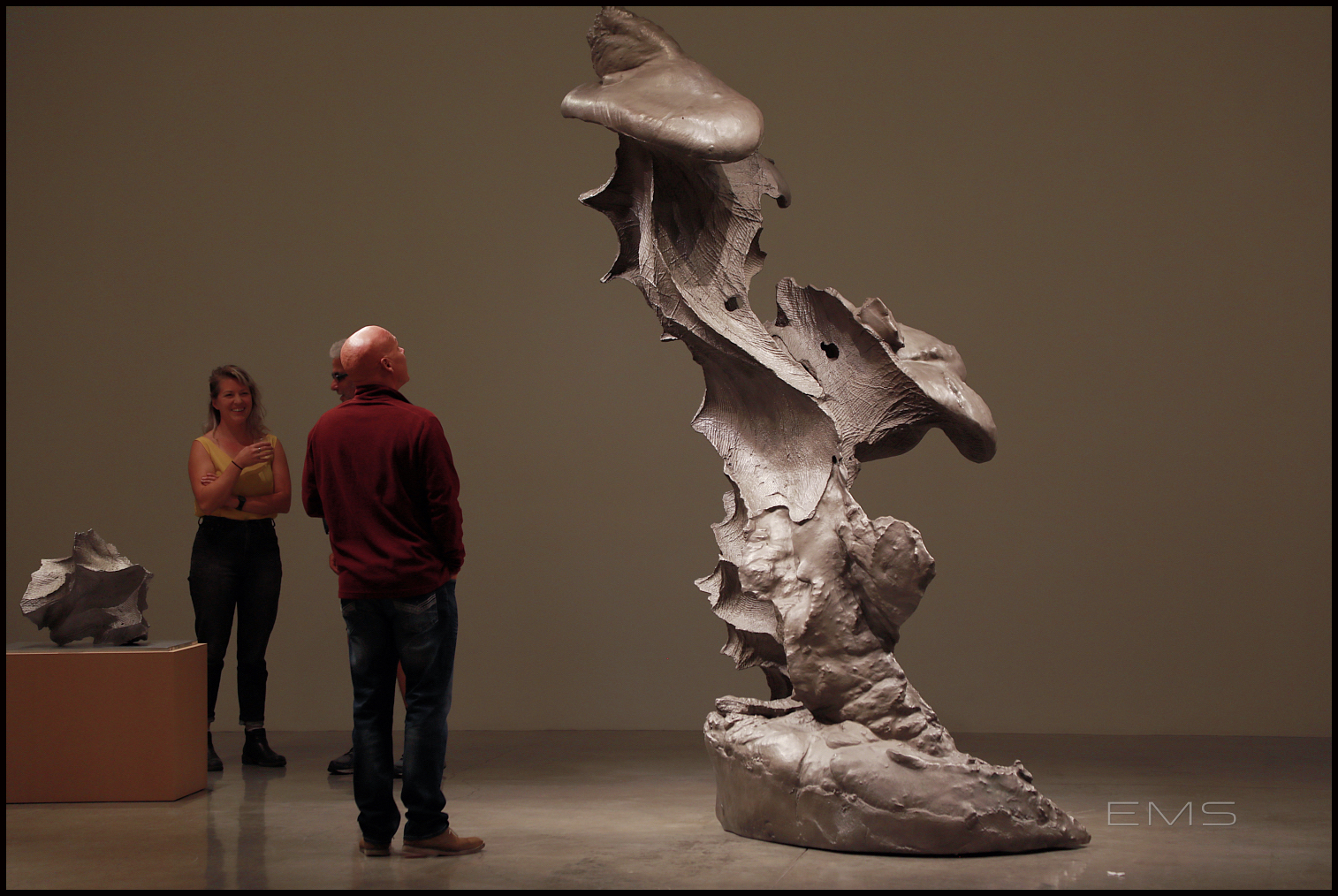