“Matthew Rolston is an artist who works in photography and video; his practice centers on portraiture, most notably subjects drawn from celebrity culture. One of a handful of photographers to emerge from Andy Warhol’s celebrity focused Interview magazine, Rolston is a well-established icon of Hollywood photography. Alongside such luminaries as Herb Ritts and Greg Gorman, Rolston was a member of an influential group of photographers (among them, Bruce Weber, Annie Leibovitz, and Steven Meisel) who came from the 1980s magazine scene. Rolston helped define the era’s take on celebrity image making, ‘gender bending,’ and much more. Rolston’s photographs have been published in Interview, Vogue, W, Harper’s Bazaar, Vanity Fair, The New York Times and over 100 covers of Rolling Stone, among many others. Rolston’s work has been shown internationally at galleries and institutions including the Whitney Museum of American Art, New York; The Victoria & Albert Museum, London; Camera Work Contemporary, Berlin; and Fahey/Klein Gallery, Los Angeles. His work is included in the collections of LACMA, Los Angeles and the National Portrait Gallery at the Smithsonian Institutions in Washington, D.C. The exhibition Art People: The Pageant Portraits at RALPH PUCCI LA is Rolston’s third major fine art project in the past decade. Matthew Rolston joined RALPH PUCCI in 2017.”
“Art People: The Pageant Portraits is an exhibition of new works by acclaimed photographer Matthew Rolston. The exhibition is based around a groundbreaking series that furthers Rolston’s investigations into the nature of portraiture and the methods in which society and the human condition are mediated through artwork and art creation. Comprised of intimate portraits of participants of “Pageant of the Masters”, an annual arts festival held in Laguna Beach, California, Rolston’s photographic subjects reenact pivotal historical figures and works from art history, from antiquity through 20th century modernism. In these photographs, Rolston uses his distinct grasp of photography to trace a densely referential lineage of protagonists, connecting aspects of his own portraiture to the fragile boundaries between reality, artifice, the animate and inanimate.

Donning elaborately designed and painted costumes and body paint made to either flatten or enhance their dimensionality, participants of the long running “Pageant of the Masters” stem from all walks of life and social backgrounds. Operating within a space of theatrical performance, the Pageant is best known for its famed tableau vivant presentations of art masterpieces, which Rolston began documenting on editorial assignment for The Wall Street Journal in 2015.

Growing familiar with members of the Pageant, he gained privileged access to the performers, spending several weeks photographing them in a makeshift studio set up backstage during the run of the show. In their Pageant costumes and makeup, dressed as figures taken from works by Da Vinci, Fragonard, Frishmuth, Matisse, Rivera, Hockney and many more, these performers posed for their portraits away from the painted sets and stage lighting of the Pageant, drawing attention to their unique human characteristics. Each photograph is activated through a deep sense of intimacy with its subject, utilizing painterly lighting and featuring Rolston’s mastery of color harmonies – all hallmarks of his practice, one that interrogates the nature of the subject and the space of photography to propagate overlapping narratives of both truth and fantasy.

On view in the gallery are more than 20 high-resolution photographic works printed on a monumental scale that blur the lines between painting and photography. Rendered in archival pigments on cotton rag paper and available in small, limited editions, these imposing, exquisite prints include individual portraits, diptychs, and elaborate groupings of participants juxtaposed against images of the Pageant’s makeup templates – which are used to model the performers’ final appearance. Throughout the series each subject willingly yields their own subjectivity to the artifice of the image and the photographic qualities of light, hue and contrast that register the works with a distinct emotional poignancy.

Similar to Cindy Sherman’s dramatic self-portraits, Philip-Lorca diCorcia’s Heads or Richard Avedon’s candid In the American West series, Rolston resists the impulse to elevate the everyday, instead locating human qualities in subjects whose living presence is masked in layers of caked-on makeup, body paint and metallic powder. It is this uncanny valley between the individual and the icon where Rolston identifies the human need for recognition through art in order to connect with the beyond, using photography to examine the boundary between reality and illusion. To quote Ernest Becker, “Man cannot endure his own littleness unless he can translate it into meaningfulness on the largest possible level.” In Rolston’s lens, the impulse demarcating ephemerality and eternity could not be more present.” 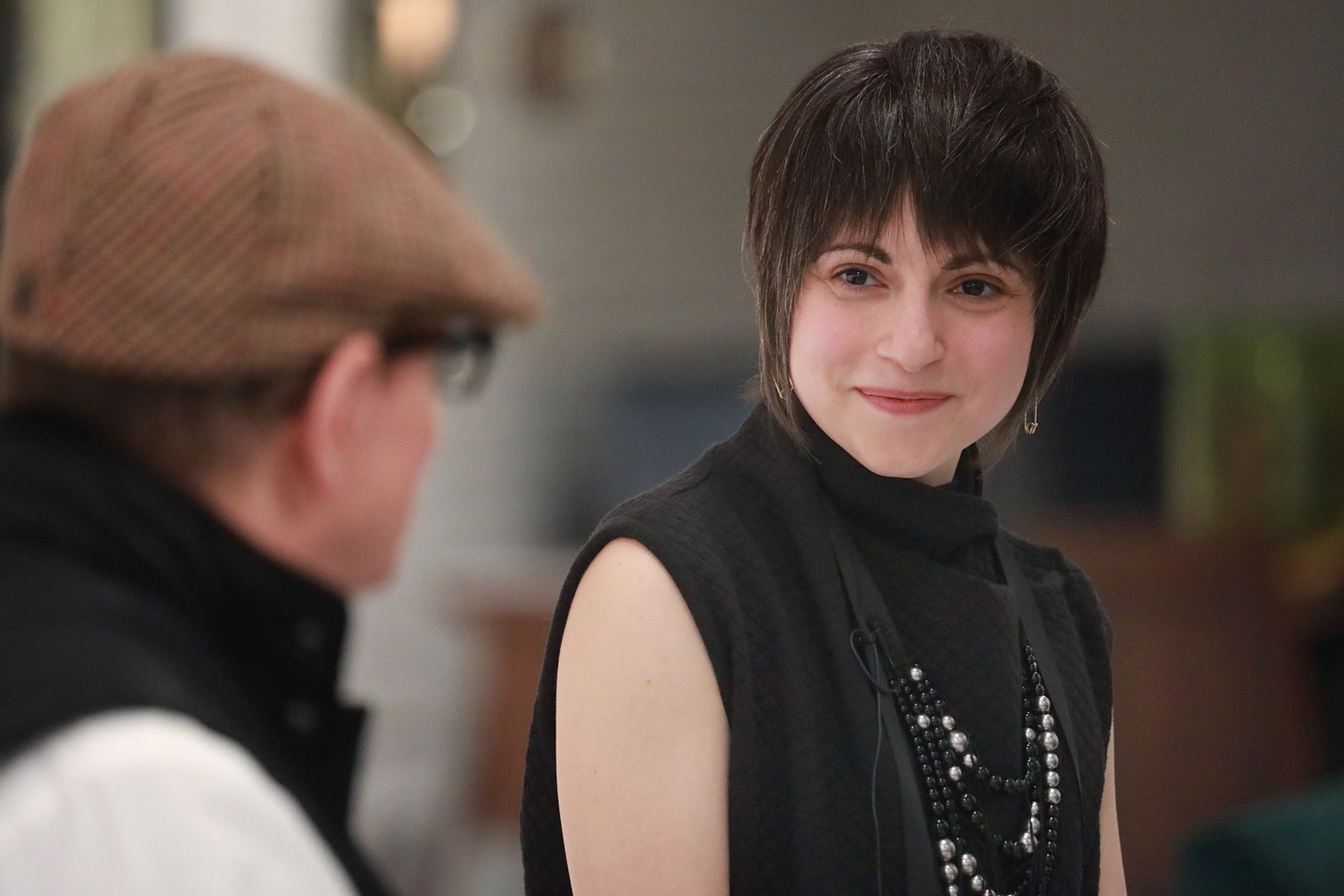 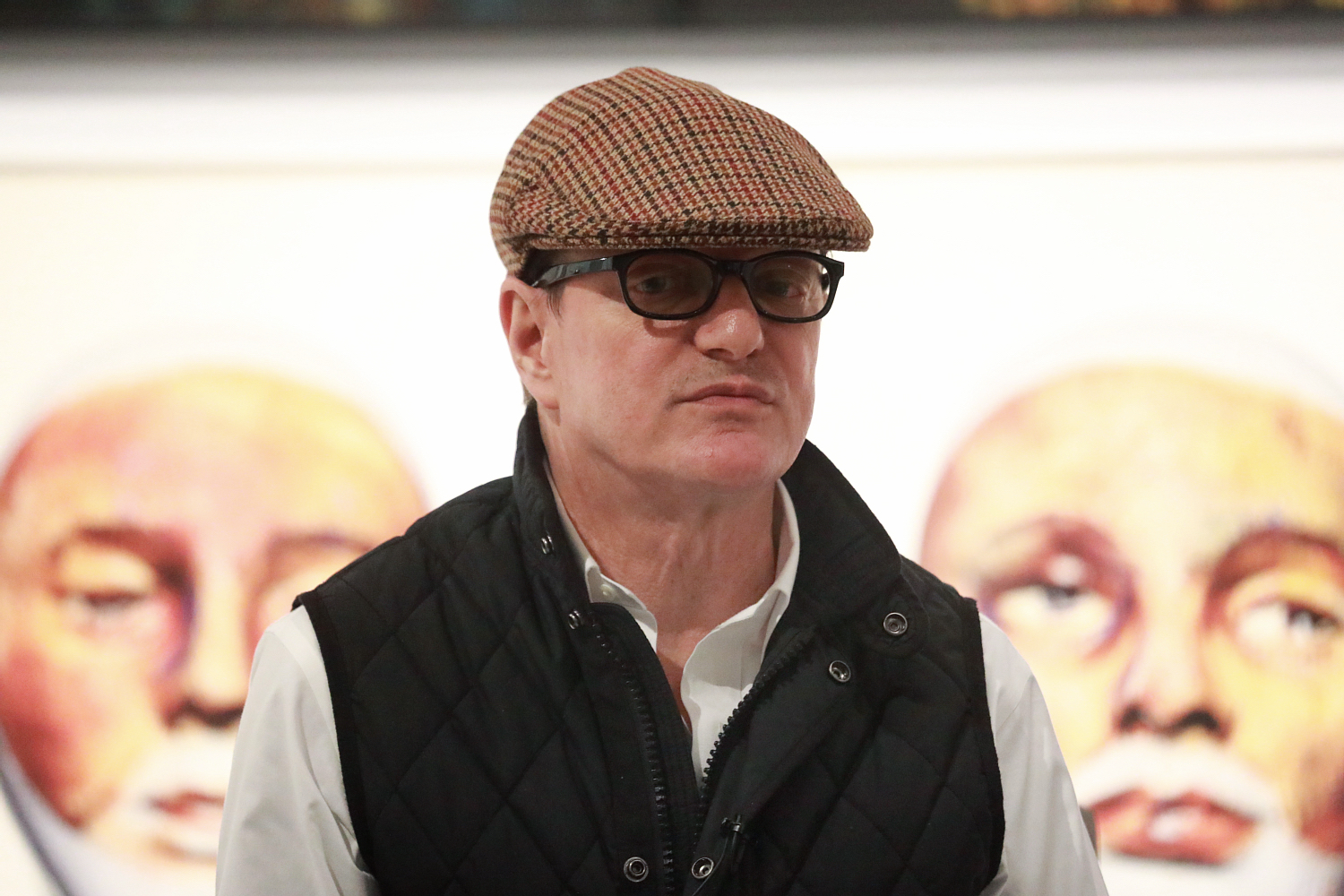