“Betye, Lezley and Alison Saar have created some of the most powerful, important and deeply moving art in our contemporary world. Their compelling works forge idiosyncratic constructions of social memory and personal identity, as well as the cultural histories underlying them. All three Saars assemble two- and three-dimensional works based on unexpected juxtapositions of form and content. They deploy the flotsam of material culture, from discarded architectural components (old windows, ceiling tiles, wall paper) to domestic detritus (washboards, buckets, shelves) to historic photographs and printed fabrics.

​“I like things,” Betye asserted in a recent interview. “Every object tells a story. If I recombine them, they tell another story.”  In their aesthetic practice of collecting and recombining objects, the Saars become what French philosopher Claude Levi-Strauss called bricoleurs: creators who arrange preexisting articles and images to produce dramatic visual compositions.  Levi-Strauss expanded the French term bricoleur (a “Do-It-Yourself” handyman) to include anyone who works with the materials at hand, cobbling together disparate parts to create novel solutions.

​All of the Saars use recycled materials not generally considered “appropriate” art media. Modern art academies, founded in Europe in the seventeenth century, had privileged oil paint on canvas and cast bronze as elite, “high art” media. In contrast, creations in jewelry, textiles and ceramics were considered “low art” or crafts. When the Saars employ objects like handkerchiefs and old books as painting surfaces, or tin ceiling tiles and buckets as sculpture, they violate long-held boundaries between high and low arts. Their material contraventions parallel the artists’ transgressions of identity-based binaries such as male/female, culture/nature and master/slave. “ 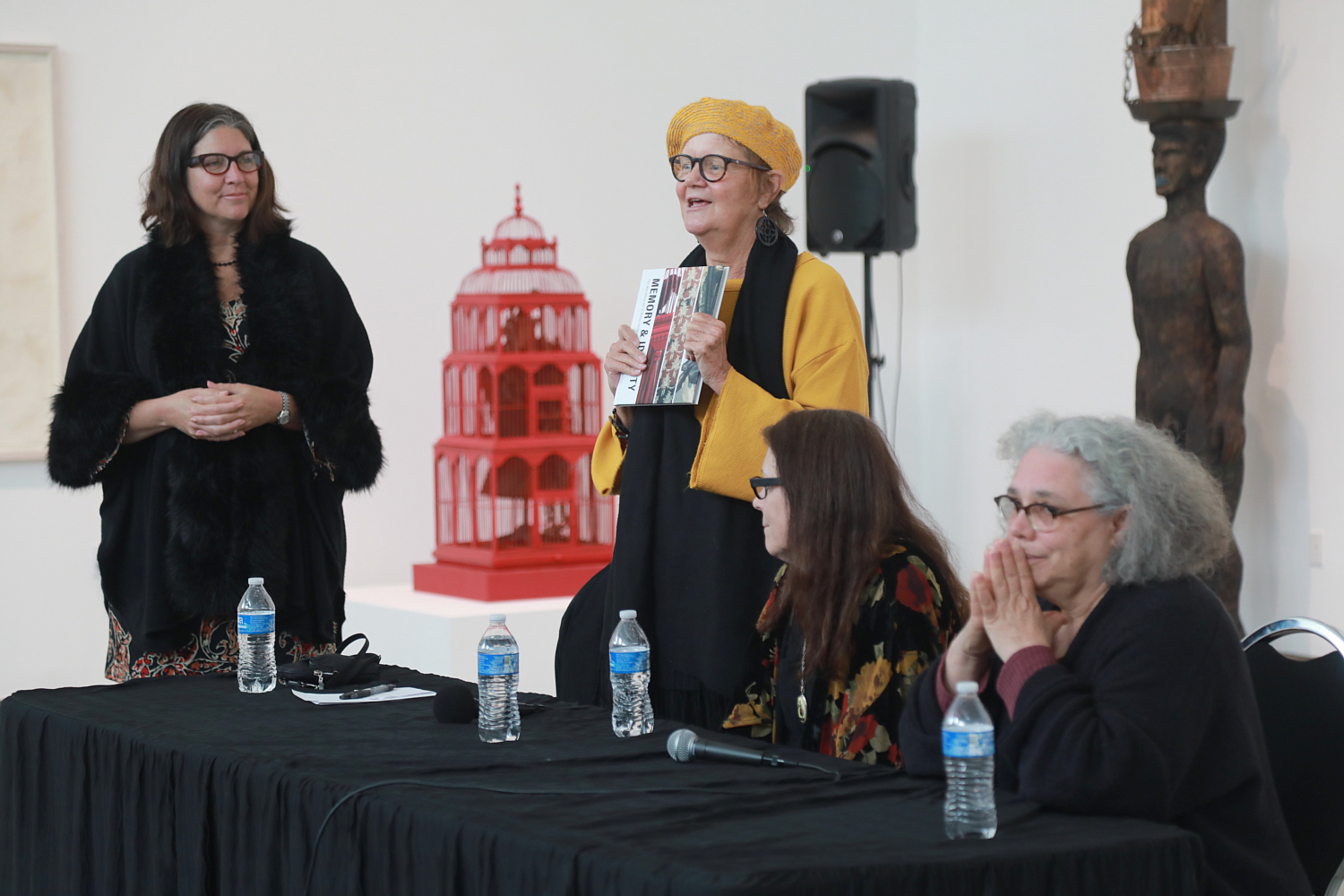 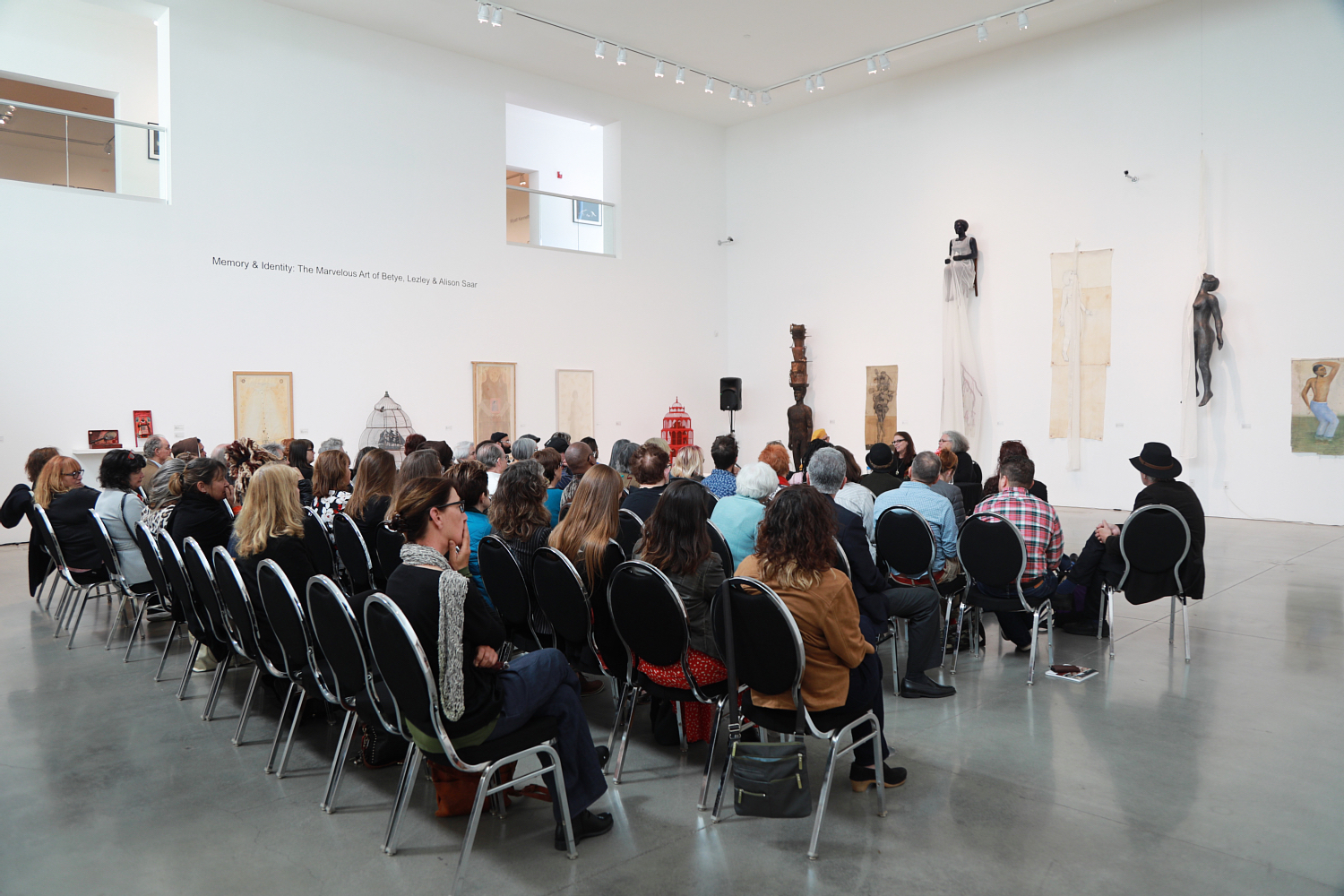