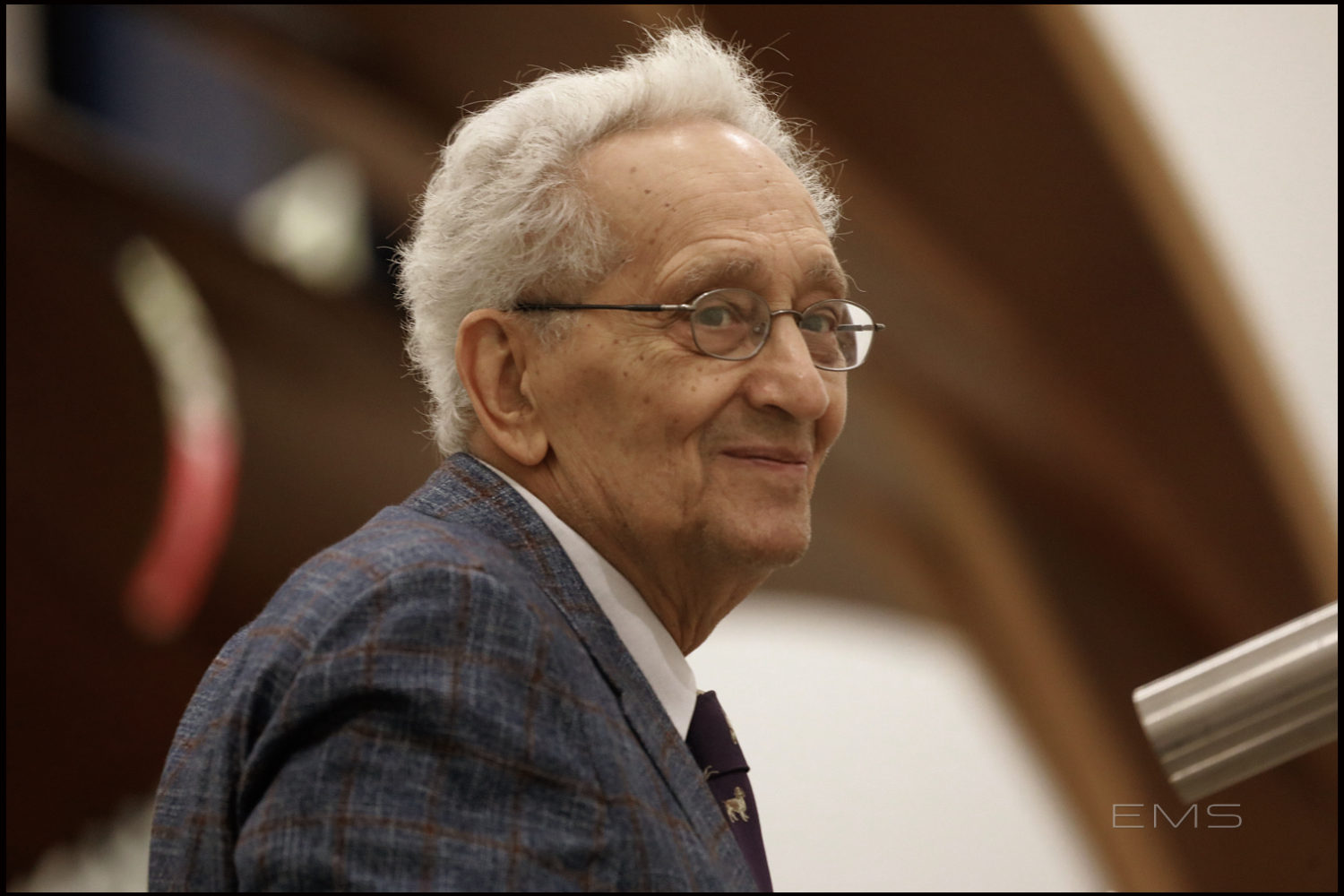 per website – Few artists are as synonymous with the history of 20th and 21st-century American art as Frank Stella. His work across media, from painting to sculpture to printmaking, has continuously broken ground at each stage of his decades-long career, remaining influential and relevant to subsequent generations of contemporary artists. Sprüth Magers is honored to present the first solo exhibition of Frank Stella’s painting and sculpture in Los Angeles since 1995. The selection of works highlights the artist’s ongoing experimentation with spatial representation and includes the début of a new painting series.

In its broad array of forms, colors, and scale, Stella’s recent work offers viewers an equally remarkable and confounding visual experience. Planes intersect, cutting through each other as if in virtual space, while metal frameworks balance brightly painted, sinuous shapes whose appearance shifts radically when viewed from different perspectives. Since the 1990s, the artist has worked with computer renderings of complex forms, piecing together compositions from recurring motifs inspired by smoke rings, a spiral-coiled hat, stars, and other visual phenomena. Though Stella conceives of all his works in relation to painting, they often extend into three dimensions and are inspired by various disciplines, including literature, philosophy, and music.

At the center of the gallery, The Broken Jug. A Comedy [D#3] (left handed version) (2007) takes its title from the celebrated German Romanticist writer and theorist, Heinrich von Kleist, whose texts Stella has engaged with for twenty years. Ribbons of wood weave in and out of each other in graceful arcs, flowing dynamically over viewers as they walk around the piece. Three additional sculptures illustrate the artist’s diverse approaches to the star form, which has figured prominently in his work since 2014. Stella’s stars at times appear weightless, dissolving into bands of stainless steel; elsewhere, their mass is tangible and echoes the weighty reality of celestial bodies. Summer Star (Net) (2015), moreover, exhibits the process of rapid prototyping (RPT) that the artist has used for many years to develop intricate arrangements of vibrantly colored plastics and metals.

Several examples from Stella’s Scarlatti K series, which he first began in 2006, expand upon his varied use of RPT. The series is named for the 18th-century composer Domenico Scarlatti, the creator of 555 inventive piano sonatas, and the scholar Ralph Kirkpatrick, who later catalogued them chronologically giving each one a “K” number. Rather than attempting a literal translation of Scarlatti’s compositions, Stella’s series instead evokes the “sense of rhythm and movement that you get in music,” as the artist has explained. In K.404 (2013), for example, a spray of yellow needle-like protrusions suggests staccato notes and an upbeat tempo, and metal parabolas trace meandering melodic lines.

On view for the first time, Stella’s recent paintings mark the artist’s return to the canvas, albeit with compositions that relate directly to his three-dimensional investigations. Each one features a painstakingly rendered, undulating form that hovers in space, casting painted shadows onto the picture plane below. With the look of architectural plans, computerized models, and diagrams, the figures seem to defy gravity, as if designed for some otherworldly location or enigmatic purpose. Sensuous and inviting, these new works offer insight into Stella’s long-standing conception of painting as a multidimensional, multidisciplinary enterprise. 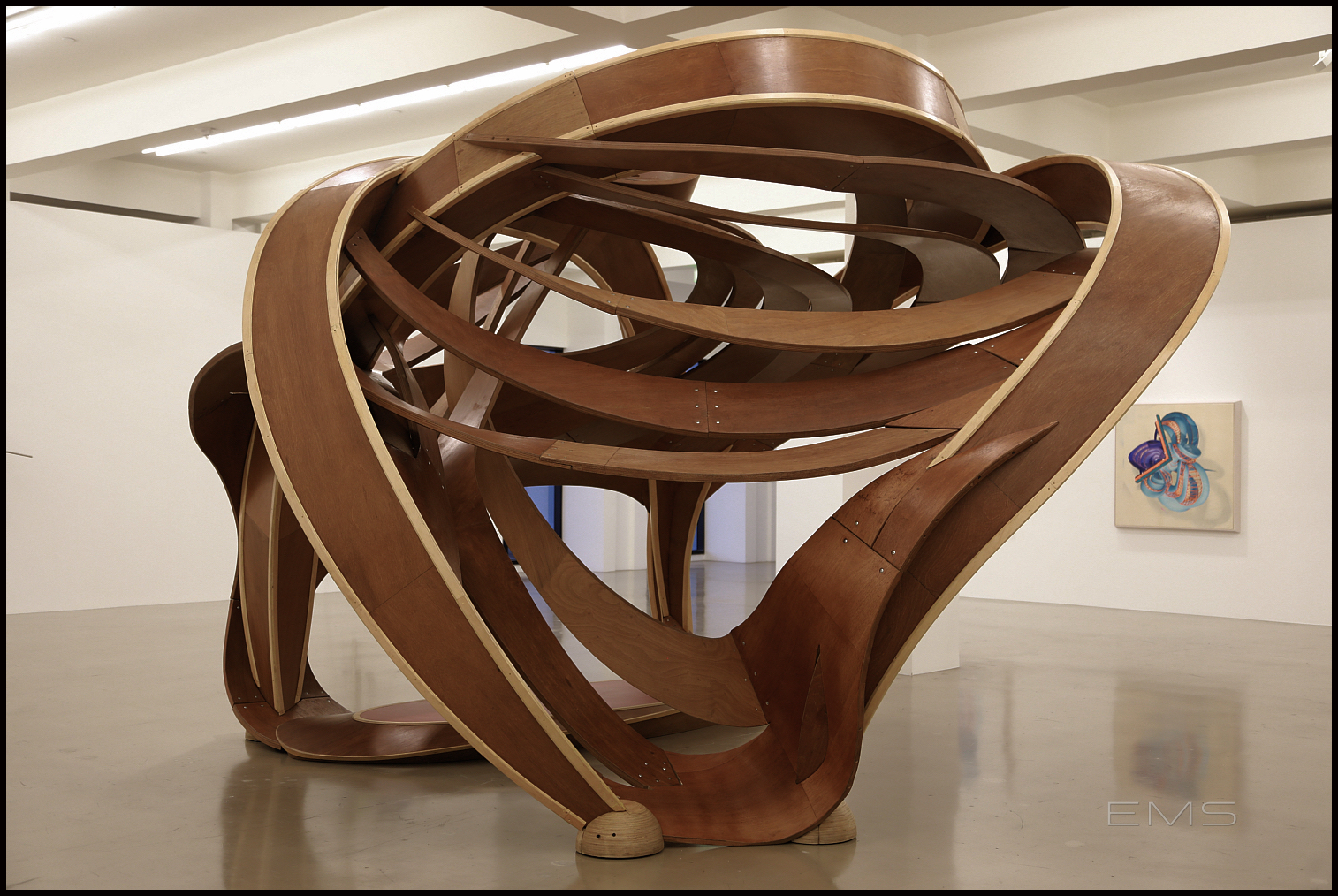 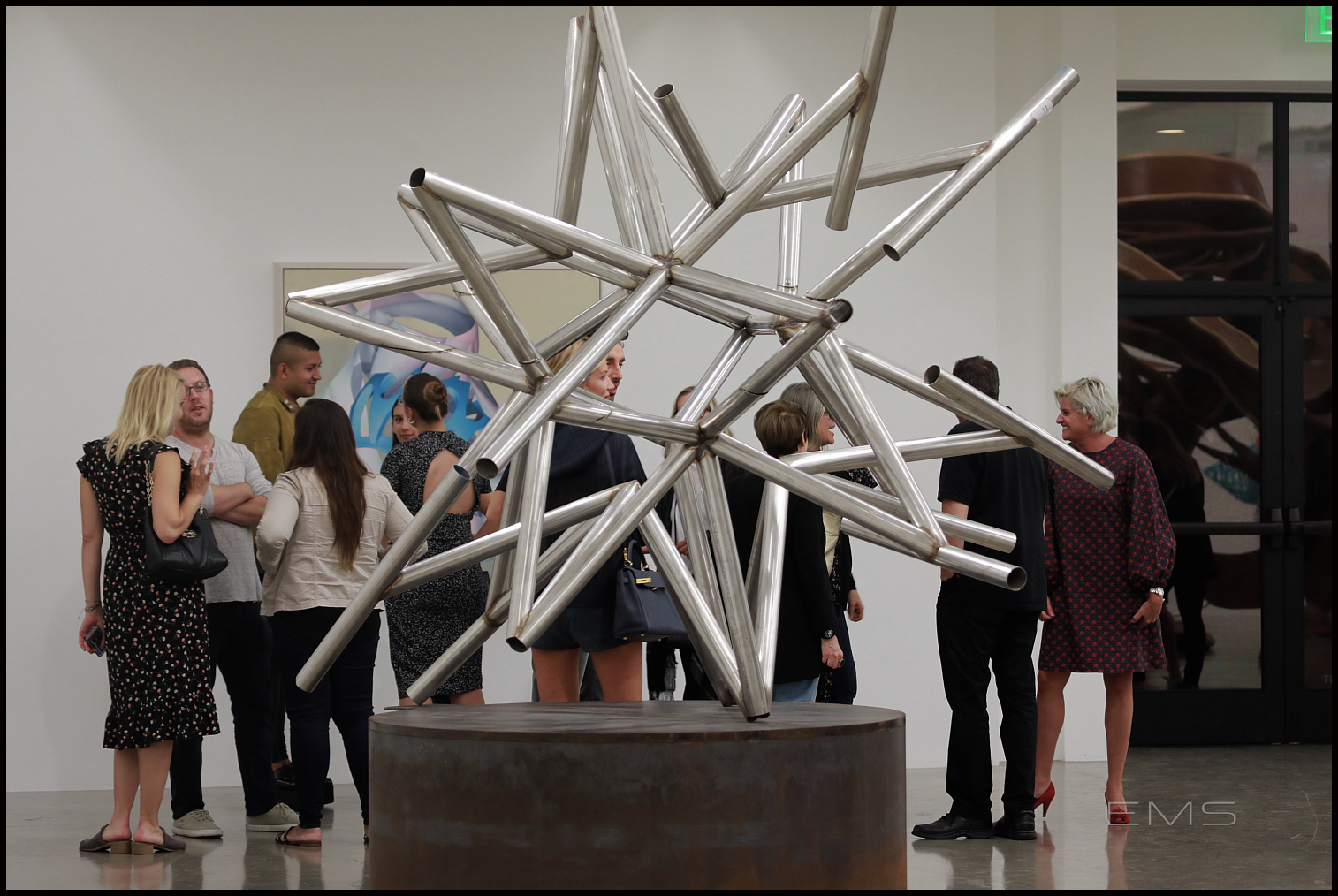