Founded in 1966, Gemini G.E.L. is an artists’ workshop and publisher of fine-art limited edition prints and sculptures.

As Gemini G.E.L. approaches its momentous fiftieth anniversary, when a celebratory exhibition honoring the workshop’s many years of achievements will take place at the National Gallery of Art in Washington, D.C., the future is bright with forthcoming projects and new innovations. Today, it is hard to remember that when Gemini was founded in 1966, fine art printmaking was on the verge of both a technical renaissance and a soaring popularity, as the torch of new art passed from France to America. The initial focus of the print revival was devoted to lithography, primarily as a result of the training master printers received at the Tamarind Lithography Workshop, founded in Los Angeles in 1960. One of those newly trained master printers, Kenneth Tyler, had a small shop in the city when, almost a half century ago, a pair of University of Southern California friends and fraternity brothers, Sidney B. Felsen and Stanley Grinstein (1927-2014) discovered Tyler’s shop and saw that it had the potential to become a unique fine art workshop and publishing house.

Felsen and Grinstein saw a future that would allow them to work not only with renowned artists but also, after Tyler’s departure in 1974, to explore, beyond lithography and silkscreen, the entire breadth of the graphic arts, as well as continue to seek technical milestones in three-dimensional multiples and limited edition sculpture. They understood that, to rise to the top tier of workshops worldwide, the facilities could be open only to invited artists and that the artists would work directly with the process alongside the printers. Each art work would be conceived exclusively for the publishing and editions would be strictly limited, with each image signed and numbered by the artist and identified by the Gemini chop, signifying the authenticity of each original print or multiple produced. In other words, the shop would publish multiple originals, never works that replicate or reproduce art in other media.

When the sixties/seventies art world began expanding at a ferocious pace, a growing number of artists became interested in investigating the creative opportunities offered by prints and multiples and, within a year or two of its founding, Gemini became the West Coast destination for innovative printmaking – the place where the artist was never told “no, it’s not possible,” and invitations to work in the shop were eagerly sought after.

As both the fabricator and publisher of groundbreaking editions, the earliest example of Gemini invention was no doubt the shop’s first (1967) collaboration with Robert Rauschenberg, realizing the (then) largest art print ever made: Booster, a 72-inch-tall lithograph/silkscreen self-portrait that permanently altered the boundaries of printmaking in the 20th century.  Gemini’s first three-dimensional edition was Claes Oldenburg’s 1968 iconic Profile Airflow, and both technical and artistic milestones continue to present-day, with works such as Ellsworth Kelly’s nearly 19-foot lithograph, Purple/Red/Gray/Orange, Richard Serra’s monumental and heavily impastoed Paintstick Double Rift V, and Julie Mehretu’s majestic, multi-paneled Auguries.

During the early years, Jasper Johns, Roy Lichtenstein and Robert Rauschenberg, among many, made Gemini and Los Angeles an important part of their working and social lives. They formed friendships with Gemini locals, including Jonathan Borofsky, Vija Celmins, Sam Francis, Bruce Nauman, Ken Price, Ed Ruscha, and British transplant David Hockney.  Throughout, the adventuresome shop and tight ship that Felsen and Grinstein ran became not simply an American destination but the worldwide headquarters of graphic experimentation. Gemini now hosts – at the iconic Frank Gehry facility on Melrose Avenue – a geographically diverse roster of artists, including Daniel Buren and Sophie Calle of France, Ann Hamilton of Ohio, Mehretu of Ethiopia via Detroit and New York, and Gehry and John Baldessari of Los Angeles.

While both life-long and new collectors plan regular visits to the workshop, where the galleries are open to the public, they also enjoy the renowned online and physical resource of the groundbreaking Gemini archive at the National Gallery of Art, and follow Gemini’s notable art fair circuit to see the very newest work.  Creative collaboration between the artists and Gemini G.E.L. remains the hallmark of the workshop at 8365 Melrose Avenue in Los Angeles, where today Gemini is recognized as one of the premier print publishers in the world, and where works of art in all graphic media and a variety of sculptural materials bear the Gemini chop of excellence. As Gemini is honored for its historic past, attention in the shop is, as always, focused on the discoveries of the future. 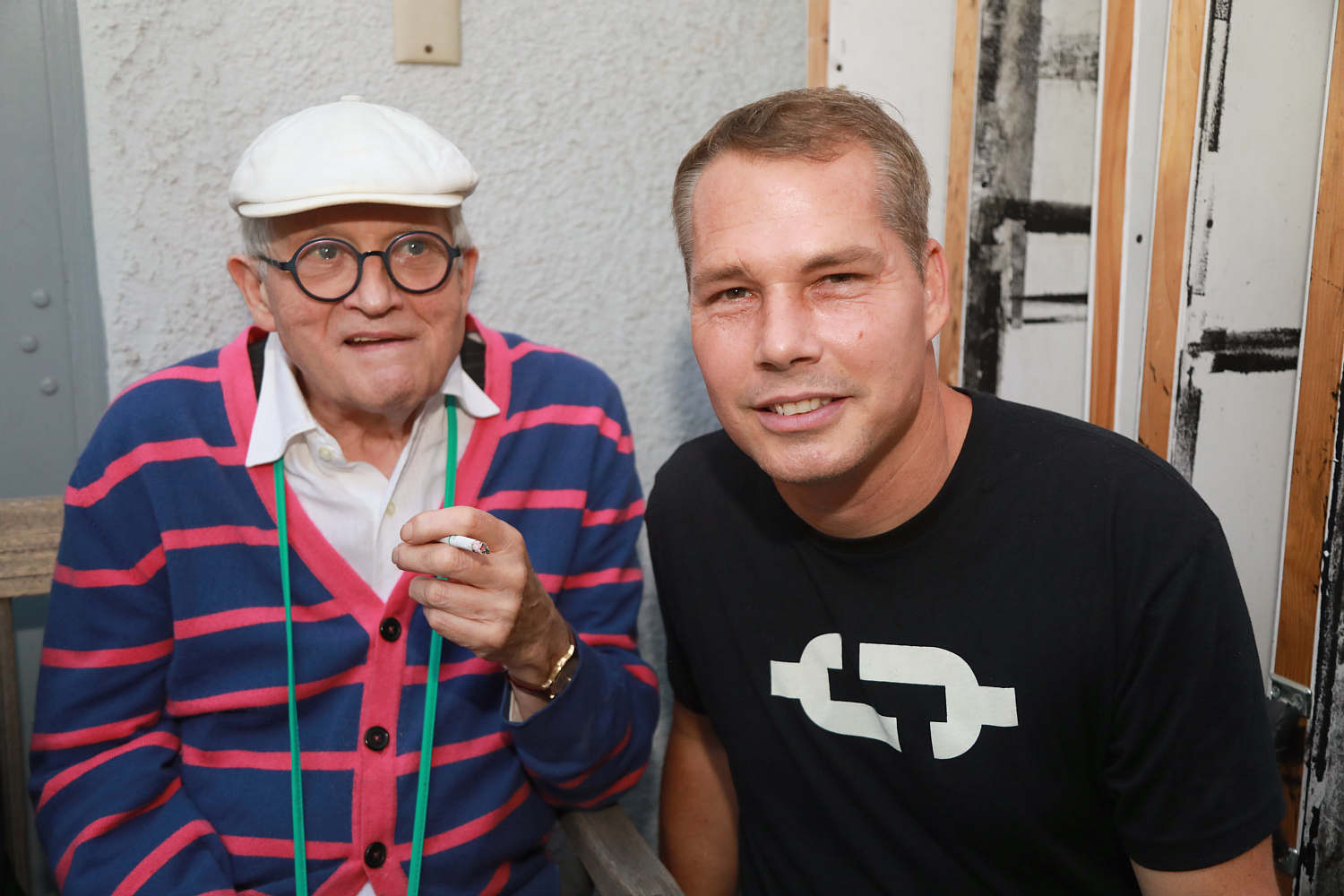 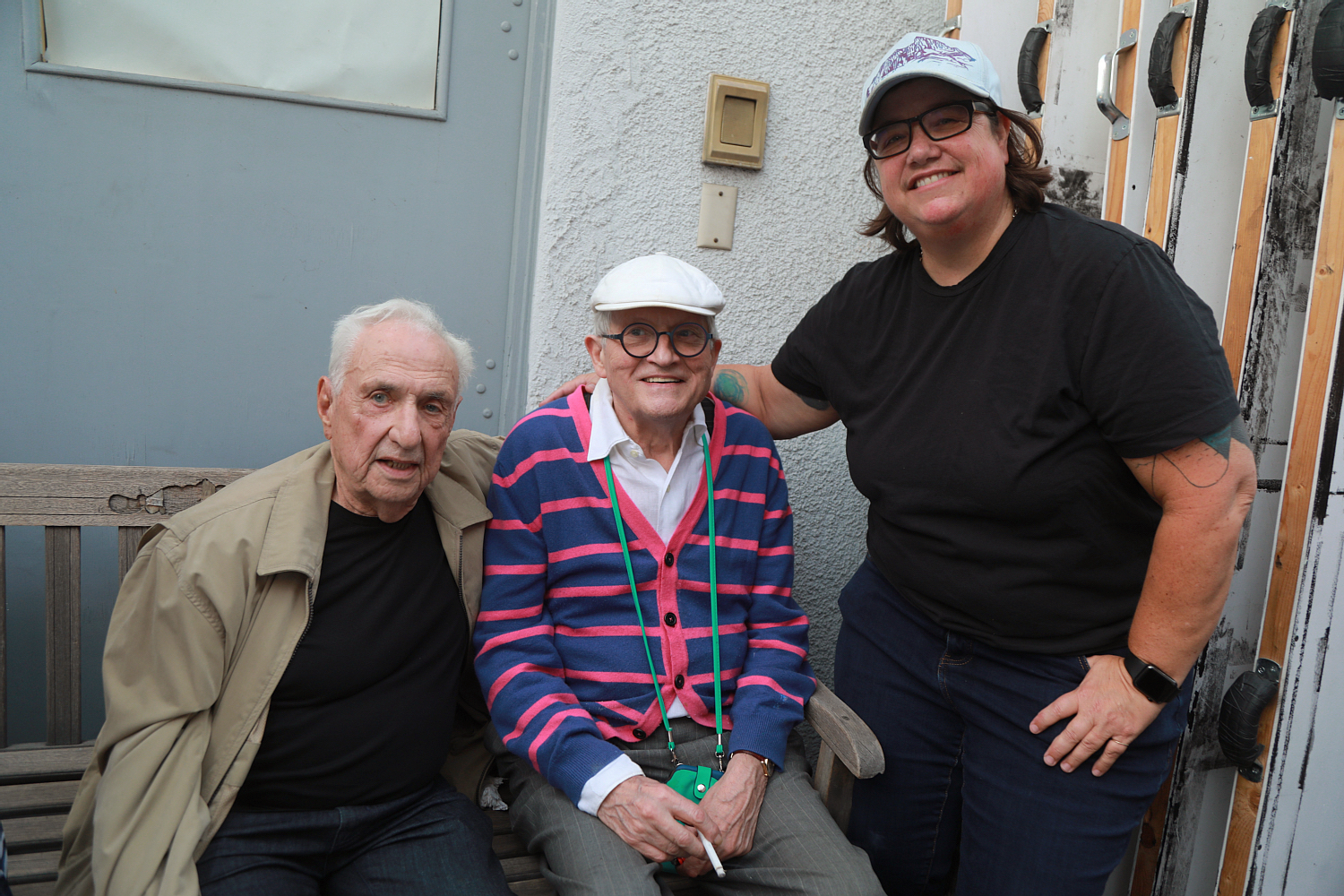