“Hairdos of Defiance is a look into a microcosm of a fringe world, one where individuals engage in the act of retreat or refusal as a generative form of identity-making. Eschewing perfection for style, progenitors of the punk scene adopted the radical alterations of their bodies to signify their displeasure. Offensively deviant, the Mohawk evolved as style dependent on social context and determined by the historical moment; purposely assumed, it is both a mask and an act of masking. This new collection of photos comes from twenty years of unmediated chance encounters with individuals sporting Mohawks, beginning from Templeton’s hyper-localized backyard of Huntington Beach and throughout the U.S. and Europe. Templeton’s method of photography is a result of blending his dedication with a down-to-earth approach to his subjects, akin to collecting city space, body, and identity in the context of real estate of presence. A traditional photo show in an inventive installation, Hairdos of Defiance sets a scene. Its resemblance to a bedroom, complete with wall wood paneling and nontraditional hanging, positions the exhibited work in the context of its natural habitat – studios, homes – to form a deeply confessional self-portrait of the objects within. Hairdos of Defiance is accompanied by a catalogue published by Dead Beat Club with an introductory essay by Ed Templeton. “

“For Daniel Crews-Chubb’s first exhibition at Roberts Projects we are proud to present Chariots, Beasts and Belfies. Crews-Chubb makes compelling works that employ a traditional expressionistic, painterly language amid a conceptual framework investigating the potency of the iconic image and the dramatic dynamism of historic and contemporary visual repetition. Wrestling with his primary influences of ethnographic art, ancient rituals, social media and Modernism’s artistic legacies, he creates organically progressive quasi-figurative paintings in series which rely on a group of constructed historic or mythic characters for the work’s physical structure and implied narrative, but are primarily conduits for abstract mark making, in what Matthew Collings has called “a musical abstraction of textures and contrasting positive and negative space.” For the main thrust of the show, Crews-Chubb will exhibit his Chariot paintings for the first time. These paintings use, as their structure, the representation of the chariot as a symbol of the advancement of time, progression and excitement. As icons of the qualities assigned to the holder, the historical depiction of the chariot in hunting scenes demonstrated the power of an individual through the creation of visual forms of their power: images of hunting and military violence; embodying victory and defeat in harmonious relief. Mythical beasts and figures from the artist’s developed cast of characters bring their own power symbolism, and at times erotic iconography; placed in the midst of the chase, they simultaneously push and anchor the composition in complex cultural and political contexts.” 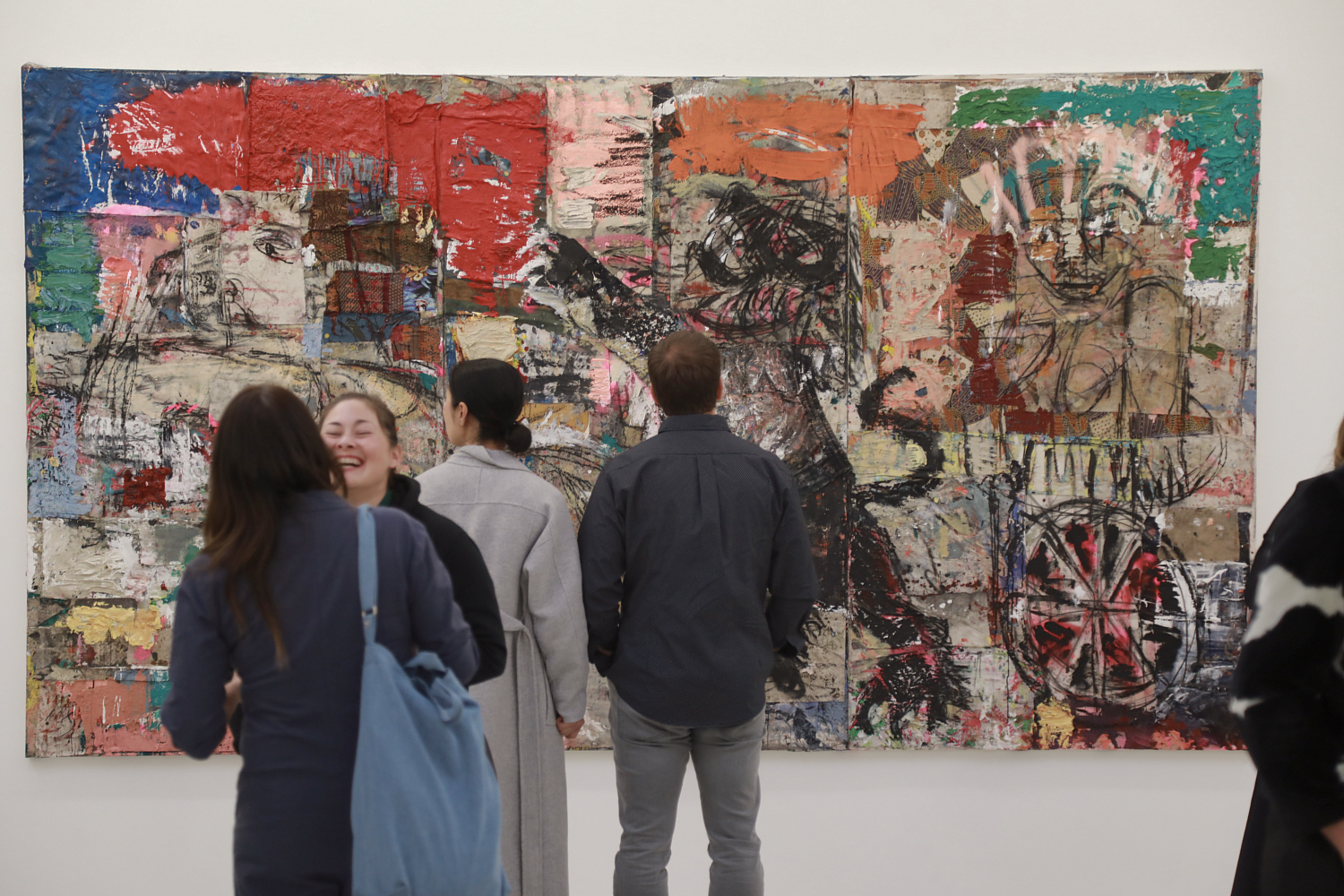 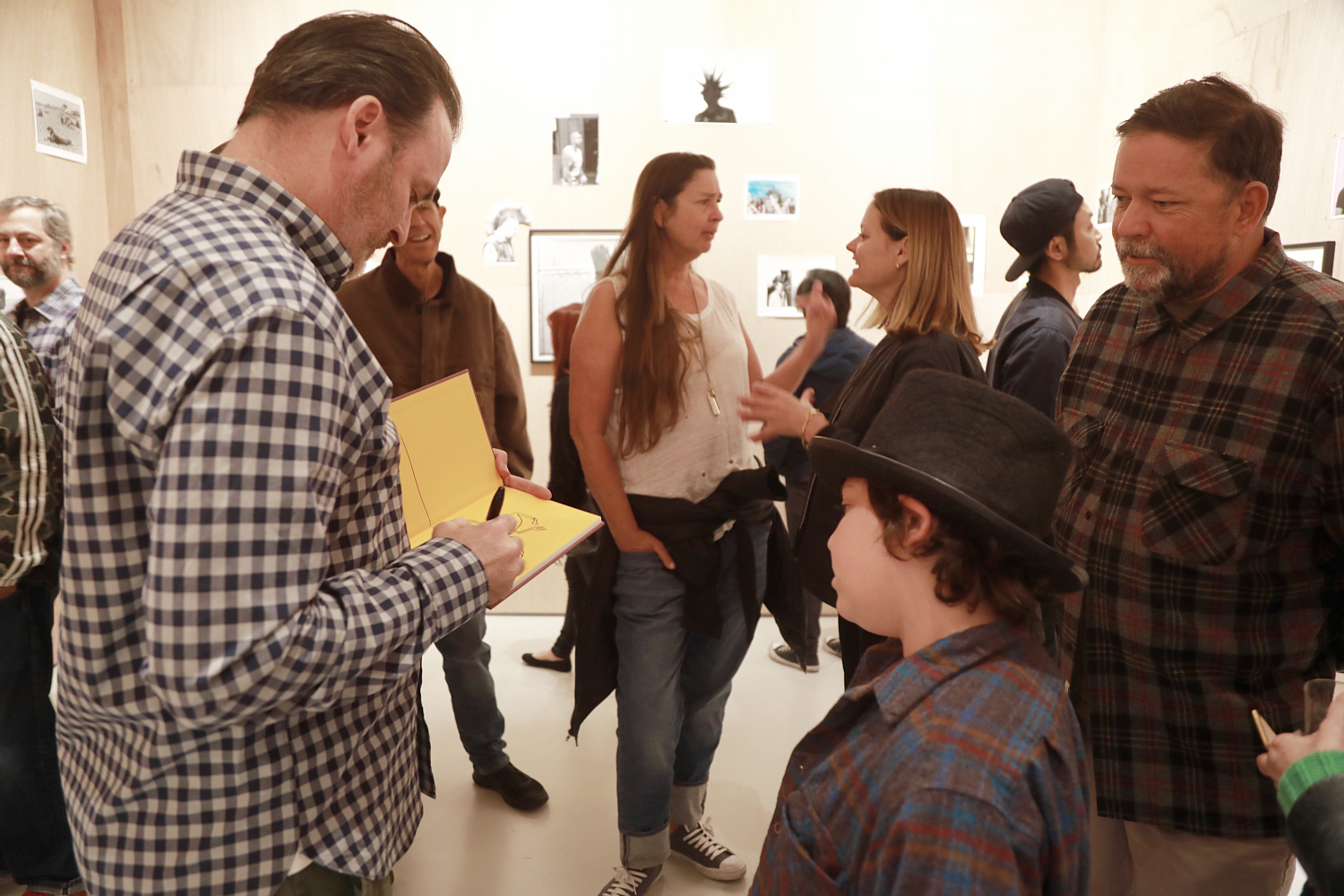